Late last year I decided I wanted a new project for the new year. One that would simultaneously keep my collection of cameras in check, but also allow me to try a new (old) one here and there, in particular classic digital compacts.

I also wanted to explore using one camera for a longer period. Hence, the One Month, One Camera project was born.

In January I chose a Canon Digital IXUS 870 IS, which it’s fair to say I was pretty surprised and delighted with. You can read my summary in this post.

So on to February.

Whilst it was very tempting to continue to ride the Canon wave and try an alternative model of theirs, I thought I’d save that for later in the year.

For the new month I also wanted something more challenging, a camera that was older and lesser on paper than the IXUS. And was perhaps a bit left field compared to what I personally have used before.

Enter the FujiFilm FinePix F810, released in 2004, making it 15 years old – positively over the hill in digital terms.

A quick glance at the spec, to see how it fits my remit for this project.

Put simply, I want to explore compact digital cameras that are 10MP or less, with a CCD sensor, SD memory card, and costing under £20.

It does fall down on the SD card compatibility, which I chose because I didn’t want to have to buy a different type of card that might cost as much as the camera. Fortunately the F810 came with a 512 Xd-Picture Card, good for 339 photographs at 6MP.

For the full spec and manual head to FujiFilm who to their credit still have it available.

My first impressions, after a couple of short photowalks with the F810 are thus –

Handling – It’s quite long for a compact, and whilst the handling is ok, with some effort spent on ergonomics, I’ve added my favourite grip tape front and back to improve this.

I generally shoot with two hands – my left forefinger and thumb forming a V to support the camera body whilst my right hand grips and operates – and this works very comfortably with the Fuji.

Build – Quite impressive, with plenty of metal, and it feels quite hefty, but not heavy. All the buttons feel good, in fact oddly the only thing that feels more flimsy is the main sliding “On” switch.

Operation – The buttons and menus are fairly logical in terms of what you’re offered, but this is obviously a very different camera to a Canon IXUS (which I found super straightforward) and isn’t without a few quirks.

For example there’s a button with an F (called the “Photo Mode (F)” button) which gives you a menu where you can adjust Quality (ie number of MP), ISO and FinePix Colour, the latter having Standard, B&W Film or Chrome Film as options. I like this, but then for other options like White Balance or Focus, you have to go into the main menu, which doesn’t seem consistent.

Then there are further separate dedicated buttons for Exposure Compensation, Continuous Shooting and “Photometry”, which seems a fancy way of saying Exposure Metering, and offers Multi, Spot and Average.

Then you have the main menu, and right at the end of this there’s an option called Set-Up which then opens up a further menu with functions like Power Save, AF Illuminator, Date Set etc. Oh and there’s yet another button on the front of the camera for Continuous AF.

It just all feels very muddled, disorganised and with too many buttons (I can count a faintly ludicrous 18 different physical buttons/dials/switches!) for things the average photographer won’t adjust much. 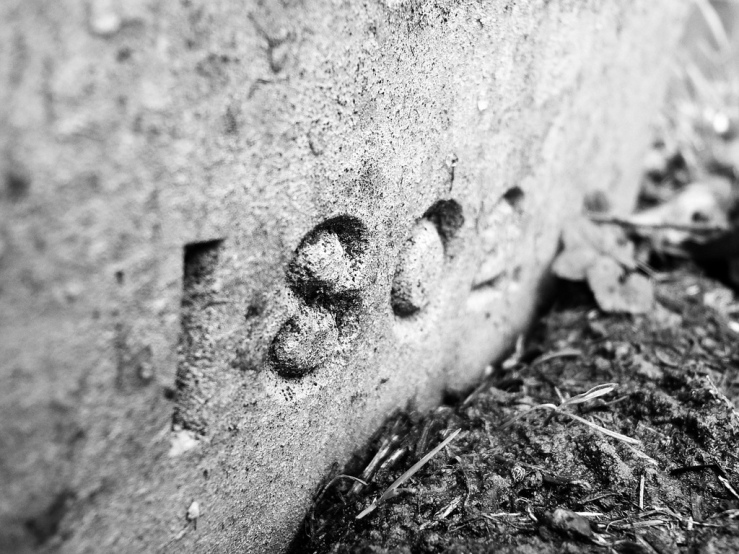 Somehow the Canon IXUS (and other cameras like my Ricoh and Lumix bodies) manage to have virtually all of these features so much more intuitively accessible that I can’t even describe how you find them.

Because almost instantly from the get go I just knew where to go to change any particular feature, whereas with the Fuji there’s some trial and error.

It’s not what you’d called a photographer’s camera, at least not in terms of user interface.

At least the main mode dial is familiar, and features a great range for a compact camera, including P, A, S, M, full Auto and Scenes.

I’ve decided to use P (Program Shift) mode which finds the best combination of aperture and shutter speed for you, but still allows you to shift the values up and down in unison (using the rolling switch on the back – another unusual control for me, but I quite like it) whilst maintaining the correct exposure.

So if I want to influence the depth of field by changing the aperture, I still can.

This range of modes feels quite advanced for a consumer compact, but initial reviews suggest the original RRP was £399 in 2004, which equates to a heady £600 in today’s money.

Being the skinflint I am, I can’t imagine paying that for a compact (or indeed any) camera, but at the £15 it cost me it appears to represent fantastic value.

The screen is pretty good and offers a widescreen 16:9 option as well as the standard 4:3, which I’ll mostly likely stick to.

The flash is another aspect I found a bit confusing.

There’s one button that pops the flash up manually, then another button that then cycles between flash modes. But you can only use the latter once the flash is popped up,otherwise it does nothing. Thankfully, given that I never use flash, I’ve decided to ignore both of these buttons entirely.

The lens is 32.5mm – 130mm (35mm equivalent), so for the way I use compacts, a 32.5mm prime. A good balance I’d suggest, between the standard 35mm many feel is the optimum for these cameras (indeed all cameras!), and 28mm which can sometimes be a little distorted when shooting certain compositions.

So enough of the spec and features. How is it to use?

Well, let’s say I liked it a lot more after a couple of hours than I did at the beginning.

In practice, once set up, the only thing I adjusted was the AF Macro mode – there’s a button (of course!) to switch macro on or off. Everything else remained constant – ISO200 (it was a very overcast day – on a brighter day I’ll revert to ISO80), B&W Film mode, standard 4:3 aspect ratio, Multi Metering etc.

Overall so far I like the quality feel, size and weight, the decent enough screen (bright and detailed enough that you can see visually when the camera has focused), that roller switch to change Program Shift, and a perfectly responsive shutter button.

What caused some concern is the AF system, or more specifically the feedback.

There’s a cross within a square in the centre of the screen, which becomes just a square when you half press the shutter button to lock focus, and this is fine.

But there’s also a green AF light next to the titchy viewfinder, which is nearly always flashing, and hardly ever stays constant, as I assumed from experience of a dozen or more other cameras, it should when focus is locked.

Initially I was quite perturbed and thought the AF system overall was either faulty or just not very good in design.

I realised I can hear the lens focusing, I can see the central square lock, I can see in the screen itself that focus is on the object I want it to be on. But still that little green light keeps flashing.

I decided to read the manual back home (shocking, I know) and it says that light is the “Viewfinder Lamp”, rather than a simple AF lock lamp.

If it’s constant green, you’re ready to shoot. Flashing green means, and I quote the manual “AF/AE is in progress, camera shake warning or AF warning (ready to shoot)”. Which is next to useless in my view – how do you know which of these three it’s warning you about so you can adjust your approach?

So I decided to put a little square of black tape over it (and indeed the whole viewfinder which I’ll never use) and forget about it, so I don’t have to consciously block it out.

I have to say that, in contrast, the icons on the screen itself are excellent, and very intuitive.

When it can’t lock AF you get an “AF!”, when the shutter speed is below 1/60s you get a shaking hand to warn of possible camera shake, and when the aperture/shutter speed appear red, not blue, the required exposure is outside of the camera’s capable range.

All very logical and very helpful, along with showing the aperture and shutter speed at all, so a big plus all round here for the FinePix.

I think I’ve rambled enough about the various idiosyncrasies of the FujiFilm FinePix F810 (and no doubt if you’re reading this as a Fuji camera lover you’re thinking it’s all perfectly logical and wondering what I’m moaning about).

Once it’s set up for your preferences, and you get used to its ways, the F801 does feel like quite a classy camera to use, it handles pretty well, and as I said, the on screen feedback is great.

But what about the photographs? Is that lens and “Super CCD HD” sensor a winning combination?

All photographs in this post were made with the camera, so make your own judgement.

I think the Fuji delivers, and I’m certainly happy with the output.

Looking at these images alone I probably would have been surprised to hear they were made with a lowly 6MP 15 year old compact.

Using the B&W Film mode, as with most cameras, gives what I might call a “50 shades of grey” image. Being someone who prefers more contrast, whites to be bright white and blacks to be deep, inky blacks, this is a touch disappointing, if expected.

But it’s a minor concern, I just put the JPEGs through my usual Snapseed process to give them more life, which I did with all of the photographs in this post.

Overall after my initial qualms about the awkward interface, too many buttons and that silly viewfinder light (in fact the whole viewfinder), I’m starting to settle in well with the F810.

I know I like using it, and I know it can deliver pleasing photographs.

Have you ever used a similar FujiFilm FinePix compact? Did you find it as quirky as I do?