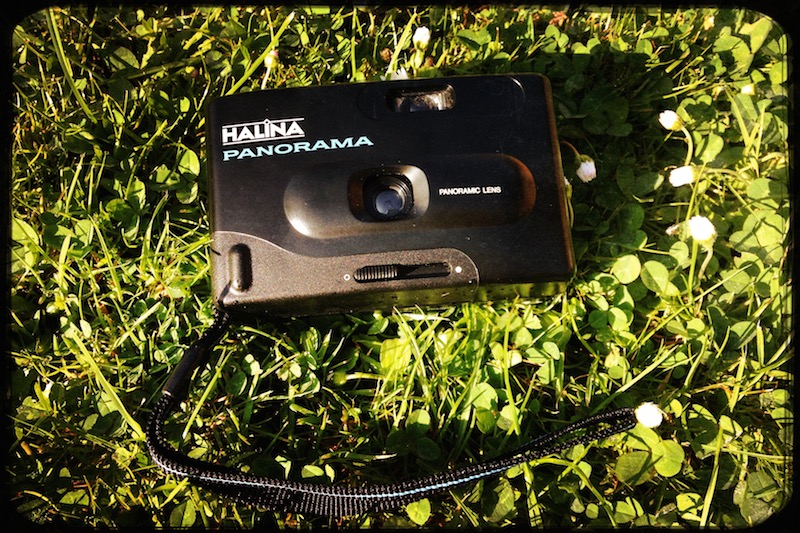 My fellow photographer and cheapskate Alan Duncan, who writes at Canny Cameras, challenged me to shoot a roll with a mystery film camera he’d send in the post.

I agreed, always interested in trying a new toys, and eagerly awaited the postman’s arrival with A Leica M series, Contax III or maybe at least a Pentax AF SLR.

What arrived was not Germany or Japan’s finest, but this little beauty made in Thailand, the Halina Panorama. 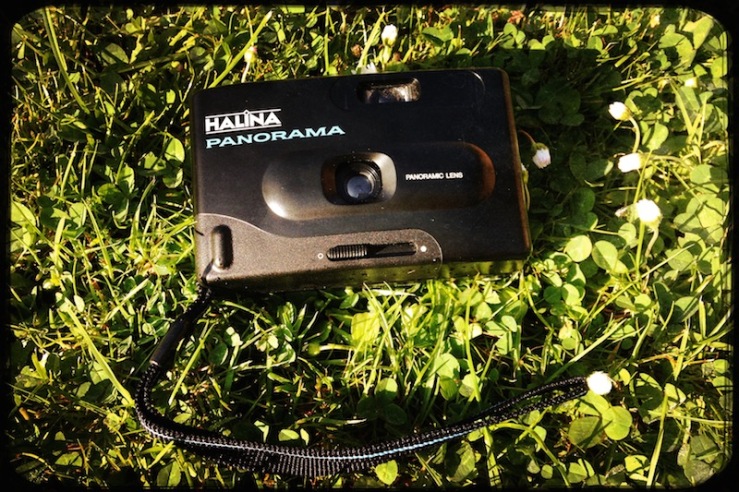 Told you Alan was a fellow cheapskate…

It actually made me smile, and ironically only a few weeks earlier I’d bought a near identical Miranda Solo Panorama.

The challenge was to shoot a roll of film (kindly supplied with the camera), then share my favourite photographs I shot with it and some thoughts on using it, so Alan could repost on his blog too.

What I liked about the Halina Panorama.

There are no frills whatsoever, with its fixed focus, fixed aperture (I’d guess at f/8) lens and fixed shutter speed (1/125s would again be a fair guess). You just compose and shoot.

Like that old saying about photography, the only two choices you have are where you stand and when you release the shutter. Arguably as pure as photography gets.

This was really liberating, especially shooting it in between my favoured camera of the moment, a semi pro Pentax DLSR which I’m slowly figuring out using a range of different lenses and modes.

It got me back to the raw essence of composition.

Cleverly with the Halina, you can remove the panoramic mask very simply. Well I say cleverly, more likely it was cheaper to manufacture this little mask and insert it into a standard plastic full frame 35mm camera mould that already existed. Though I chose not to.

Also cleverly (genuinely this time), the viewfinder is the same widescreen aspect ratio as the film mask, so when you’re composing you can’t help but be looking for the kind of shoots that work well at the apparent 5:2 ratio (as opposed to 3:2 for full frame).

Yes I know I said it had no frills, but it does have a useful twin function lens cover/ shutter button lock. Slide the cover across the lens and it not only keeps the dust out but also prevents the shutter from being accidentally pushed and a frame of film wasted when in your bag or pocket.

I’ve had a number of far more expensive cameras that don’t have this precious film waste prevention mechanism built in. Neat touch!

What I mean is has some of the best qualities of plastic – cheap to make, very light (110g), easy to wipe clean, without being so flimsy you feel it will implode at any moment. Like the Superheadz Slim cameras for example. This Halina I happily chucked in a bag without fear of it getting damaged.

The film wind on was surprisingly robust too, again much better than many “lomo” cameras I’ve used. It really wasn’t much different to the wind on wheel of the fantastic Olympus XA series, and if anything quicker to wind on.

The more time you spend with the HalPan, to give it its little known pet name, the more you realise perhaps first impressions didn’t give it enough credit and in fact for its purpose it is almost perfectly designed.

The ergonomics you’d think would be not existent, essentially a black block of plastic. But the curved cutout for your thumb at the rear (with that thumbwheel to wind on the film ideally placed in the centre), and the subtle but very useful little raised bump on the front of the camera to rest your finger make it surprisingly reassuring to hold and use.

Even the film door has a separate switch to pop it open (and one that works instantly, unlike the Superheadz cameras) and which is far more practical and confidence inspiring that the swift pull up on the rewind crank that the majority of 35mm cameras require.

Annoyingly, there was some debris or hair or something inside the camera which intermittently announced itself in the pictures. This could be avoided on the future with a clean before loading film, and of course could happen with any camera, it wasn’t poor old HalPan’s fault.

Obviously there was no control over exposures. So you had to pick days and scenes where the camera would likely expose ok.

I used my experience of shooting without a lightmeter plus the proven exposure latitude of consumer colour negative film (and the assumption that the camera had an f/8 lens and 1/125s shutter speed, based on using similar cameras previously) to figure out that any sunny day should be fine, as long as I avoided the shadows. Which turn out to be fine for at least 75% of the shots.

It could have had a wider lens. I estimate it’s maybe 28mm, maybe only 30mm. I’ve had wider cameras that have given a more dramatic result with the kind of widescreen shots the panoramic frame otherwise encourages.

The insanely wide Superheadz clones with their 22mm lenses, the Pentax Espio 24EW (24mm at its widest), Ricoh R1 (24mm with panoramic mask but this can easily be left open so its full frame), and even a Minolta AF50 which is 27mm, all give that extra interest of a more unusual wider perspective compared with the HalPan.

Er, that’s about it.

I’m really grateful to Alan for sending me such a simple camera, and with the panoramic option too, something I’d not seriously tried before.

The pictures were probably about as good/bad as I hoped/expected, but of course technically stunning images are never the point of this kind of camera, or experiment.

There’s a somewhat unromantic saying that out of the hundreds of people we meet in our lifetimes, the people you choose to settle down and spend your life with, are not so much the ones you can’t bear to live without, but simply the ones that annoy you least.

And the Halina Panorama is much like that theory.

It’s not amazing, and maybe you wouldn’t consider picking it up at all. But when you do, there’s actually very little that annoys and plenty to like.

Combine that with the challenge of making an image you’re proud of with what’s essentially 130g of plastic with no electronics that probably cost 7 pence to make, and the HP might well be exactly the juicy shot of cheap widescreen thrills your photography (and mine) needs every now and again…

Have you ever used a Halina Panorama or something similarly cheap and plastic?

2 thoughts on “Cheap Seats At The Widescreen – The Halina Panorama”