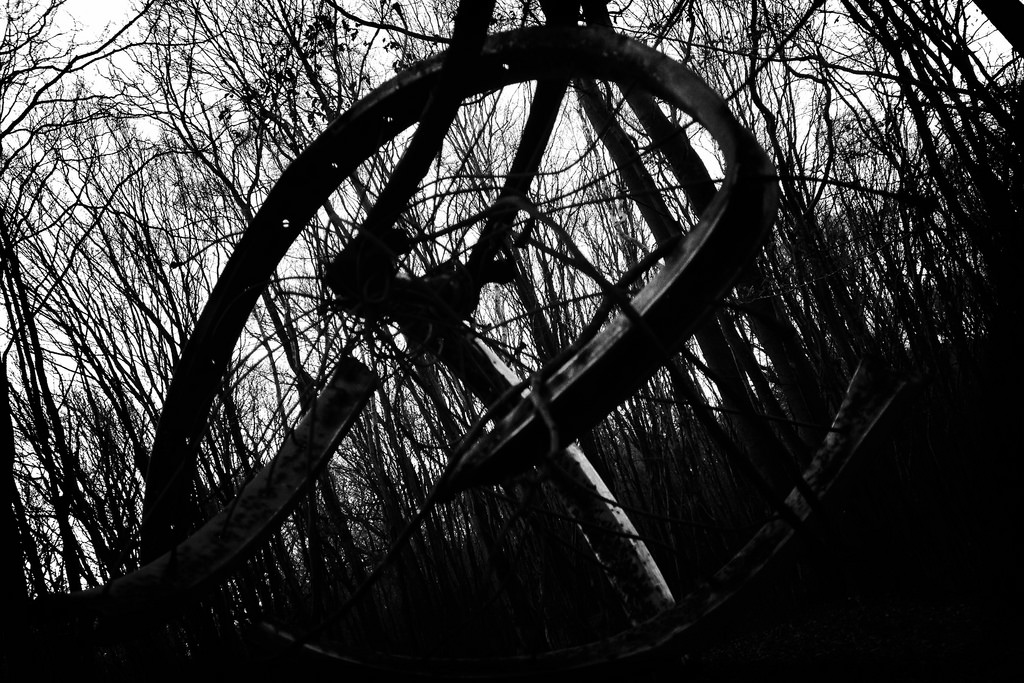 Out in the woods on a family walk recently, I hadn’t taken a camera (intentionally), but came across a scene I had to photograph. So of course I whipped out my trusty iPhone, and using Hipstamatic preset to 3:2 aspect ratio and a b/w setting, took a few shots. 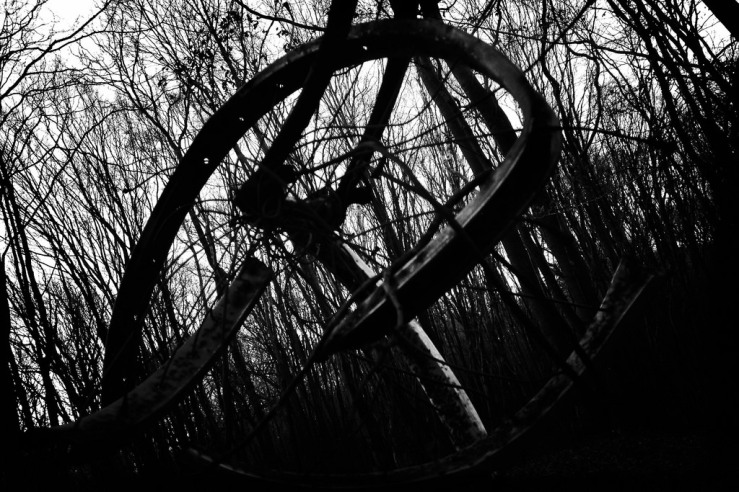 The final images were not radically different to the shots I’ve been enjoying making with my Ricoh GX100 or Ricoh GR Digital III in recent months.

A week or so later, I went out on a longer walk alone, with the GRD III. After taking a few photographs close up, I wondered how the iPhone might capture the same composition. So I tried it.

The iPhone 5C has I believe a 31mm lens (equivalent to 35mm film), and the GRD III is 28mm, so little practical difference.

The lens itself looks much smaller with the iPhone, and has a max aperture of f/2.4 compared with the Ricoh’s f/1.9. The sensor resolution is less – 8MP of the iPhone compared with 10MP on the Ricoh. Oh and the iPhone focuses close, but the Ricoh even closer, down to 1cm. 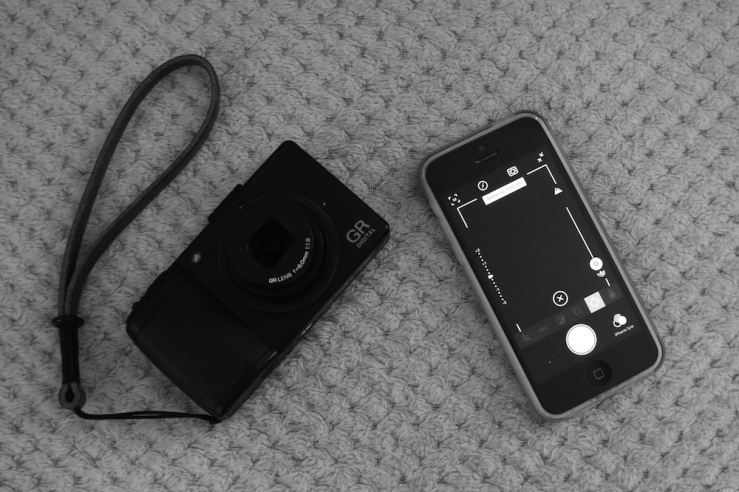 But enough tech talk. What about the major factors that influence how much I like a camera?

On this front the iPhone performs very well, especially for its size.

I use Hipstamatic with a “Favourite” set up for shooting b/w with the iPhone, which also sets the aspect ratio to my favoured 3:2.

I can’t say I’ve taken many iPhone shots where, as long as I’ve been a little patient and thoughtful, the results have been disappointing, or in some way technically inadequate.

The Ricoh is of course superior, and put side by side the images look sharper and more detailed, and the bokeh smoother.

But for my general needs, the iPhone is not so far behind the Ricoh that I would dismiss it as an option when I need to capture an unexpected opportunity.

The iPhone, with the Hipstamatic app, is actually pretty fun to use. Hipstamatic, aside from saving your favourites combinations of setting and being able to have them as the default shooting mode, allows for considerable manual control too.

For example, I fairly often use the manual focus for close work. Rather than trying to hold the phone still and slide the controller on screen until I’m in focus, I usually set the focus at its minimum, then physically move the iPhone forward and back with two hands until I have the desired focus.

The handling is not amazing compared with a dedicated camera, but with the knurled case I have, I can’t remember dropping the phone or finding it too fiddly to use. 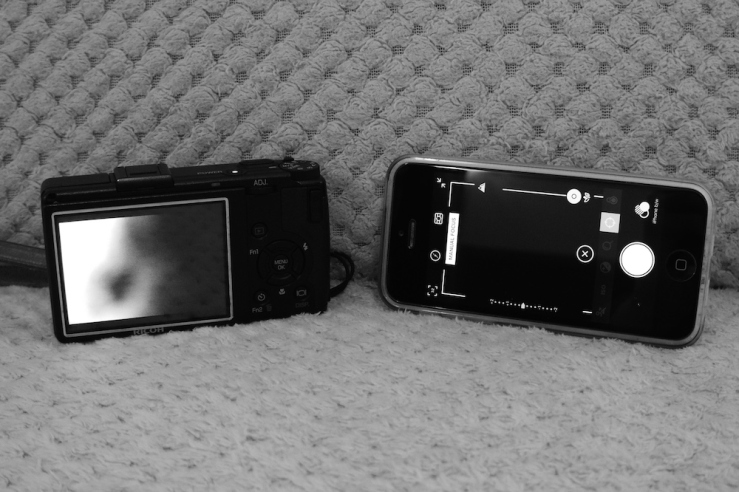 The Ricoh GRD III is quite possibly the best handling compact camera I’ve ever used. Except maybe its GX100 older sibling. Both are excellent.

I’ve spoke before about the beautiful and intuitive design of the Ricohs, and what a delight they are to use. A different class to the poor iPhone, but then its primary use is not a camera.

How close to zero processing?

Here the iPhone does actually trump the Ricoh. I can use the favourite I want in Hipstamatic and shoot the iPhone immediately. It still saves the original shot, in case I want to do something different with it, but mostly I just import the Hipstamatic version straight to my MacBook and I’m done.

A fine example of irreversible photography.

The Ricoh isn’t far off, but I can’t get quite get it set up in camera to give me images I then leave untouched.

The iPhone, which of course is also my music collection, sat nav, e-reader, communication device, notepad, torch, watch, alarm, calculator, fitness tracker and a bunch of other things, is not a single task device. As such it can’t be optimised to be amazing at everything, including being a camera.

That said, it makes a valiant effort at it all (including making pictures). In a pinch I can (and have!) used it to make very satisfying photographs, that in their own way have been enjoyable to make too.

The Ricoh remains probably my favourite camera I’ve had, at least on the digital front. There’s nothing I don’t like about it, the design and interface is masterful, and it makes wonderful pictures.

For the iPhone to come as close as it does in the above criteria is further testament to just how incredible it is as a camera, let alone those 20 other devices too.

I’m very glad I have both!

When I want to go out and intentionally make photographs, the Ricoh is currently my first choice. When I don’t have a camera, but an opportunity arises, the iPhone is ready, willing and more than able.

Do you use a camera phone for photography? Could (or do) you see it as your only camera?

Please let us know in the comments below (remember to tick the “Notify me of new comments via email” box to follow the conversation).