The second in a new series of posts called Books Before Gear (BBG), as  I move increasingly towards viewing photographs via paper rather than pixels.

I’m no art critic, and my thoughts about each book are entirely subjective, but hopefully they’ll give you an idea of whether you might enjoy the book too.

At the end is a link where you can buy on Amazon or The Book Depository if you’d like to. There’s no affiliation on my part, I’ve just used and liked both of these sites for years.

I came across this book in my local library which seems to have one decent artistic photography book for every dozen books named some variation of “The Dummies Guide To Using Your Nikon DSLR”.

Not being at all familiar with Don McCullin, I didn’t know what to expect beyond the striking cover image.

The first thing to mention about the book is how satisfyingly large it is. Closed it’s approximately 30cm square, and weighs over 2kg. Open, it’s not a book you can read on a cramped train and implores you to dive in and enjoy the beautifully reproduced images.

For anyone whose main viewing source for photography is Instagram on their smartphone, I would strongly recommend picking up a book such as this and see how much more it allows to enjoy and appreciate a photographer’s work.

The photographs inside I would loosely place in four sections –

These are fairly recent (2000s) and are stunningly moody and magnificent, with brooding intense skies often dominating. Very inspiring for someone like myself who tends to enjoy the clouds above landscapes (skyscapes, you might say) more than the land itself.

Many also feature the sea, or other bodies of water, which with their reflections simply mirror and amplify the atmospheric skies.

Though they number maybe only a dozen, the book is worth the admission price for these images alone.

After an introduction from McCullin himself – interesting to hear his background and how began photography – we’re on to the next loosely collected section.

Gritty street photography from the 1950s-80s

These capture the often grim and impoverished reality of life on the streets for McCullin’s neighbours and subjects.

Aside from being moving and often quite strikingly bleak, they remain for me, just as stunning in their way as the nature landscapes. 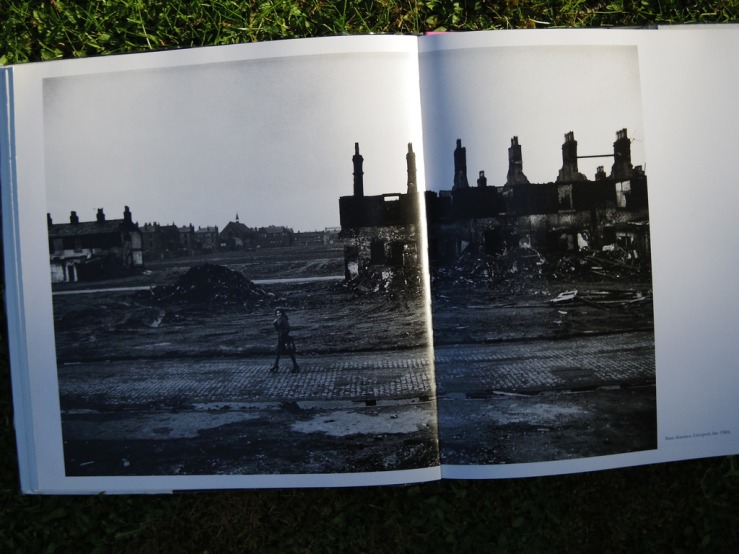 Again here the size of the book and the quality of the printing really make the photographs come alive and draw you in deeply.

In short, the photographs in this group are magnificent. 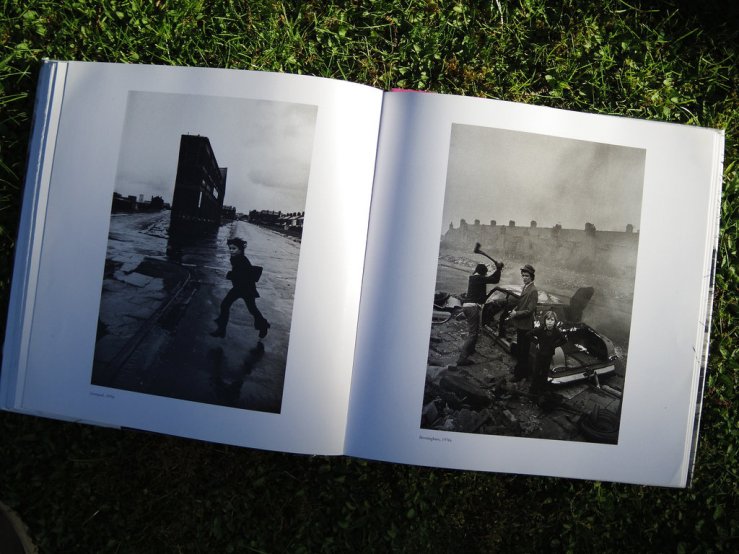 I know I’m repeating myself, but these are unequivocally worth the price of the book, and they are plenty of them.

Amongst the street imagery are a few portraits. Now I’m not the biggest fan of street portraits, I tend to prefer seeing a whole street scene. But McCullin’s once again are so powerful as to be quite breathtaking.

One subject, known simply as Jean, has a small series of portraits, all very memorable, not least of all one that’s simply of her hands, which for me is very reminiscent of Alfred Stieglitz’s many photographs of Georgia O’Keeffe’s hands.

With the way they’re captured, and the stories the wear and grime of her skin and fingernails suggest, the image is as striking as those of her face.

The last section features photographs from events and gatherings on the street as well as more well known ones like the Goodwood Festival of Speed, Ascot, and various country fairs.

These for me were by far the least engaging photographs of the book.

For most of them I just didn’t get why he made the pictures, and found little of interest in them. They still look good because of the quality and size of the prints, but the content left me indifferent.

If these photographs alone had been my introduction to McCullin, I doubt I would have looked any further. Given the other three sections I’ve loosely gathered together above being so very strong, I can forgive these few misses (for me).

Overall, this is a fantastic photography book I would recommend without hesitation.

The only reason I have renewed it three times from my library rather than buy a copy myself is there are a couple of other similar sized books my McCullin available around the same price, and I may get one of those first. A new one due to be published in October called The Lansdscape looks particularly enticing.

For an introduction to his work though, and a selection of images across a number of genres, you can’t go wrong with In England. A classic.

In England by Don McCullin on Amazon

In England by Don McCullin on The Book Depository

Are you familiar with this book, or indeed the photography of Don McCullin?

Please let us know below.

Read other posts in this series – Books Before Gear