Over my photography adventures in the last five years, there have been significant landmarks, where something that had worked well for a period of time just stopped working.

Or, put another way, the fun disappeared.

Rather than carry on slogging through and becoming increasingly frustrated and disillusioned, I’ve tried to recognise what’s happening, and make the necessary shift. In short I’ve tried to let go of whatever was sucking away the enjoyment. 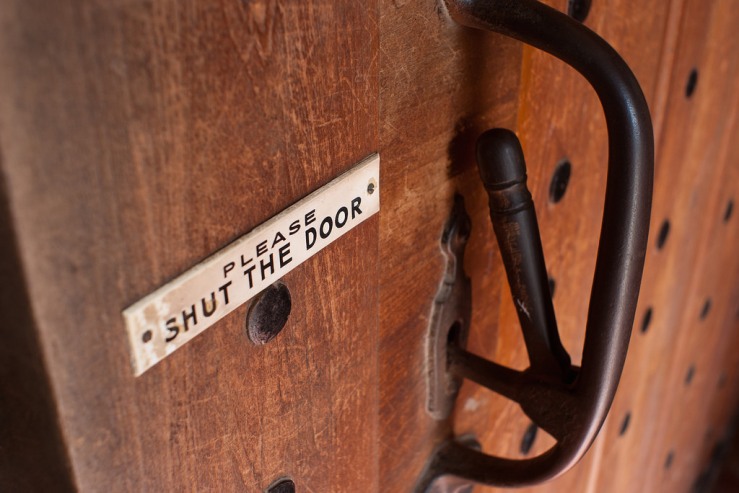 In gambling shops and ads over here, one slogan appears frequently – “When the fun stops, stop.”

It’s a good philosophy for any hobby and pursuit we originally begin because we enjoy it.

Here are a few photography activities I once loved, but chose to let go of when the fun stopped.

I got into scanning film for a couple of reasons.

First, I thought it would be cheaper than having it scanned by a lab. Even the initial outlay for the scanner would be saved once I’d scanned maybe a couple of dozen films – which was only three or four months’ worth at the rate I was shooting film back then.

Second, I could scan film it was either not possible to have scanned locally, or that was prohibitively expensive (for my budget).

Like 35mm film shot in my Holga 120N that exposed the film right to the edge and across the sprocket holes, and overlaid multiple exposure collages (again usually with the Holga and my DIY 35mm conversion) where a conventional automated lab scanner would cut it into regular 35mm frames.

It was useful for a while, and what I should have probably done was only use the scanner for occasional experiments, and send the conventional stuff to the processing lab for scanning too.

But scanning every film became laborious and fiddly, and a roll might take me two or three hours or more.

One reason I love photography is that it gets me away from computers and out in nature. Scanning for hours a week completely defeated this aim.

I came to loathe scanning.

Plus my time and energy in the evenings was worth more to me than the extra couple of pounds a roll it would cost me to have regular 35mm film scanned to CD at the lab.

Further to this, I was actually holding back from shooting film because I was dreading the whole scanning experience I’d have to endure if I wanted to see the photographs in digital form.

The fun had emphatically stopped.

So I let go of scanning, packed my Canoscan away and trusted the lab. I haven’t looked back. I should probably list it on eBay soon.

This one took me a while. For about four and a half of the five years or so I’ve shot film I’ve felt more like a camera tester than a photographer. The first few months were very exciting and experimental, with the Holga and my first few 35mm cameras.

But then the buying of new (to me) cameras accelerated beyond the speed at which I was able to find time to shoot them.

Again the actual experience of shooting the cameras was being tarnished by the fact I knew I had another dozen at home also waiting to be tested.

Also, I just don’t like having too much stuff or clutter in any area of life. My inner minimalist reels in horror at seeing cameras and lenses spilling from shelves.

Because I was selling most of those I’d tested, I also had a rising stack of boxes, bubble wrap and other packaging materials in our bedroom.

Again, every time I went in the room I was reminded of all the stuff I needed to photograph, list and sell online, and all the packaging that needed using up. Which chipped away at my enjoyment of the hobby overall.

As with the scanning, the fun had stopped. So I had to let go.

This took far too long to realise, and it was probably only a few months back I felt I’d really got on top of this. Choosing mostly just a couple of lens mounts (M42 and Pentax K) and one brand of camera was a huge step.

And on the digital front in fact switching to Pentax DLSRs which only use those two aforementioned mounts, rather than my Sony NEX for which I’ve had at least half a dozen adapters and over a hundred lenses, was also fundamental in this letting go and regaining control. And rediscovering the fun.

This one is like a sub-genre of the testing cameras experience above, but different enough to mention separately.

My first SLR was a Praktica BMS Electronic with, inevitably, a Prakticar 50mm f/1.8 lens. The next was a Konica, again with a 50mm lens.

What you find after a while is that there is not a drastic difference between them.

All of the major manufactures came up with a very good 50mm lens, one that you could use as your only lens for the rest of your life and still get consistently pleasing images.

Plus as mentioned before, the incredibly adaptable Sony NEX meant I could switch between different 50s in completely different mounts very easily. The choice was amazing, yet overwhelming.

What really helped narrow this down and let go of so many near duplicate 50s was deciding on the camera bodies I most enjoyed and wanted to use.

For a while it was the Contax C/Y bodies, but as good as the Yashica C/Y lenses are, I found I was using the Contax with M42 lenses and an adapter the majority of the time. So having a 50mm C/Y lens was all but redundant. 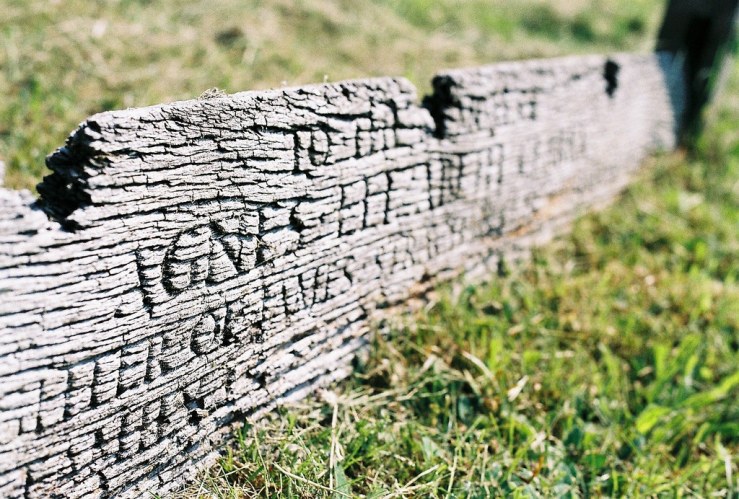 As I explored digital SLRs maybe nine months ago, first Sony, then Pentax, (both with M42 adapters mostly) I found the C/Y lenses completely superfluous and off they went.

The Sony DSLRs were fine, and created excellent results. But it wasn’t until I stumbled across a Pentax K10D in my research that the pieces really started to tumble into place.

This gave me a very capable camera, with excellent handling (probably the best of any camera I’ve used, film or digital), with a great viewfinder and the ability to easily use M42 lenses, or any Pentax K mount lens since 1975. It’s probably the camera I wish I’d discovered about four years ago.

The range of available 50s in M42 mount alone is still vast, but steadily the mighty Asahi Takumars rose to the top.

I now have just two different 55mm Takumars (a Super 55/1.8 plus a much older Auto 55/2), plus a 50/1.4 Pentax-A for when I want (slightly) more automated shooting, and slightly brighter, poppier colours.

The relief of having only three 50mm lenses to choose from rather than 13 or 33 is immense, and means not only do I choose more quickly and just get out photographing, I’m getting to know the particular strengths and personality of each of these lenses better too.

When you’re choosing a different lens every time you pick up a camera, reaching this familiarity takes forever – if it happens at all. Constantly fiddling around with your kit is frustrating and time consuming.

As with the other examples above, when the fun stopped, I needed to find ways to let go of the habit so I could preserve my enjoyment of photography overall.

What has caused photography to stop being fun for you in the past? What did you do to help you let go and rediscover the enjoyment? Please let us know in the comments below.

13 thoughts on “Letting Go / When The Fun Stops”