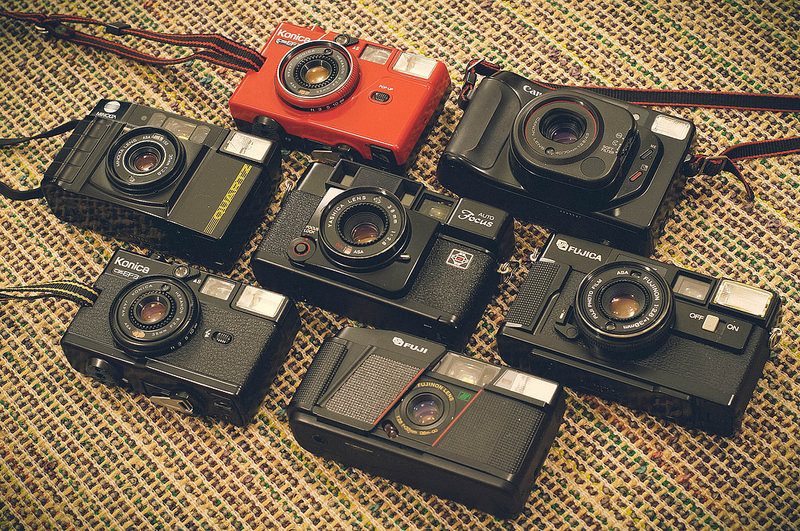 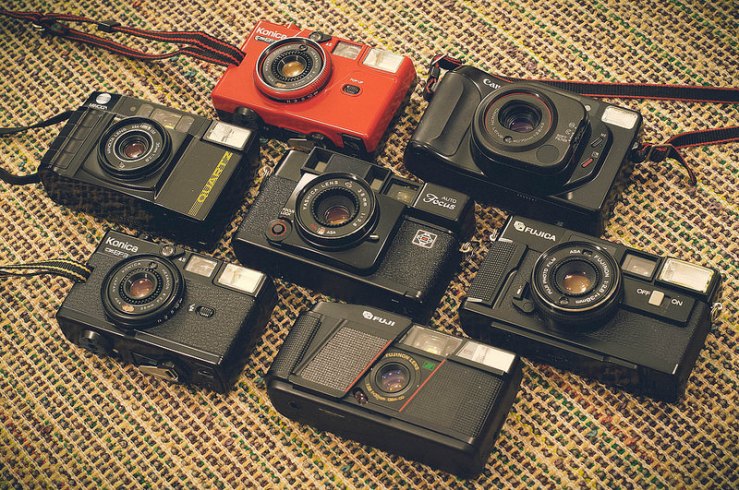 Are you a photographer or a camera collector?

The definition of each – and, more vitally, hunting for the balance between them – is something I have struggled with in the last few years.

Shooting film is wonderful for many reasons. For me, arguably the greatest of these is simply the joy of using old cameras, with their sensations, sounds and scents.

Any camera capable of making a picture is a magic black box in my eyes.

Beyond that elevated starting point, some soar (me) even higher into the stratosphere of pleasure and wonder than others, though there are few camera I haven’t liked using in some way or other.

The ready availability of decades of vintage cameras, and usually at pocket money prices, makes them even more irresistible. 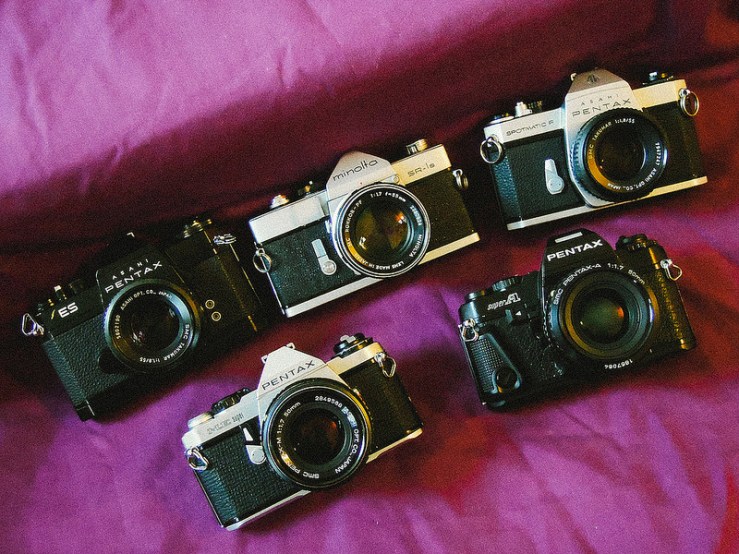 Indeed the average price I have paid for a working 35mm camera in the last three and a half years of shooting film I would estimate at around £7.

If you focus purely on compacts, then it’s likely under £5. The flourishing ranks of my unofficial “99p Camera Club”, ie any camera I have picked up for 99p, must number in the dozens now, and it was even a working title for this blog.

This overflowing abundance of tiny willing magical machines is also the worst aspect.

Instead of having, say, one SLR, and one compact, then getting to know them back to front and inside out and squeezing ever better images from them, I rarely shoot two consecutive rolls in the same camera.

I have my favourites I return to time and time again (especially now with SLRs as I’m virtually a Pentax only man), but most of the time with compacts I’m all over the place.

Generally, this doesn’t bother me.

But sometimes I really dislike it, and it feels like I’m feeding a ravenous monster whose stomach has no limit to its capacity for more. 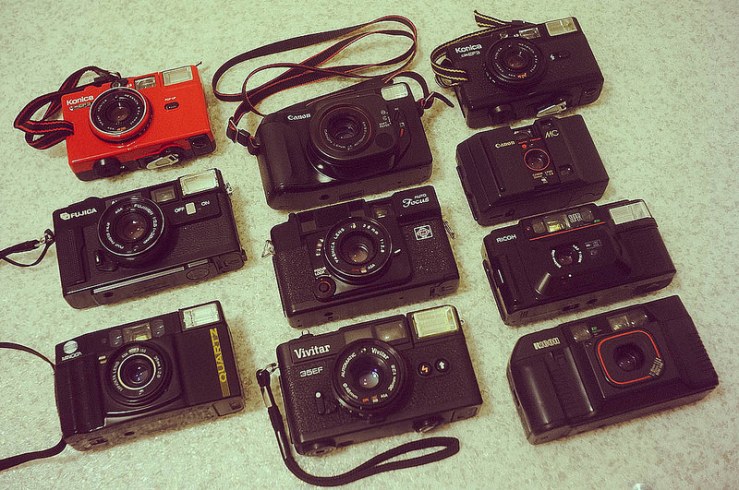 Cost is a consideration too.

Whilst cameras are very cheap, ten cameras at £7 each is still £70. Which could pay for the purchase and processing of up to 18 rolls of film.

Imagine shooting 18 rolls of film with just one camera, over, say three months.

As I write, already I’m thinking of my most likely candidates for such a challenge – Olympus XA, maybe the XA2 or mju I, a Canon Sure Shot like the Tele, or recent acquisition the Sure Shot Classic 120, or maybe one of my adorable little Konica C35 EF3s, which arguably with their 35mm f/2.8 Hexanon lens have made the best pictures of any compact I’ve ever used… 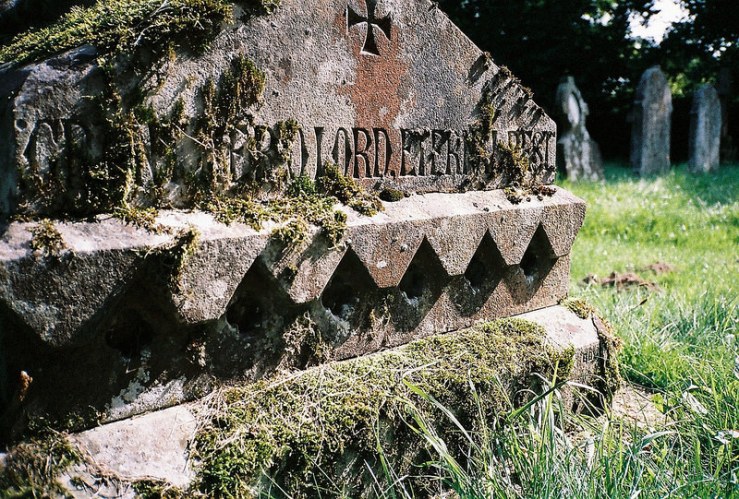 Last year I did a ten roll one month one camera challenge when I first bought a Yashica Electro 35GTN.

Ultimately, the Electro was too bulky and too fiddly to use for me to keep it. But that intense period did result in some of my favourite photographs of the year (those lenses are stunning).

And I really enjoyed the freedom of simply grabbing the Electro and asking “Which film shall I load this time?” instead of surveying the overspilling boxes in my room and asking “Which of the 25+ cameras shall I pick today, and which film might be best to shoot with?” 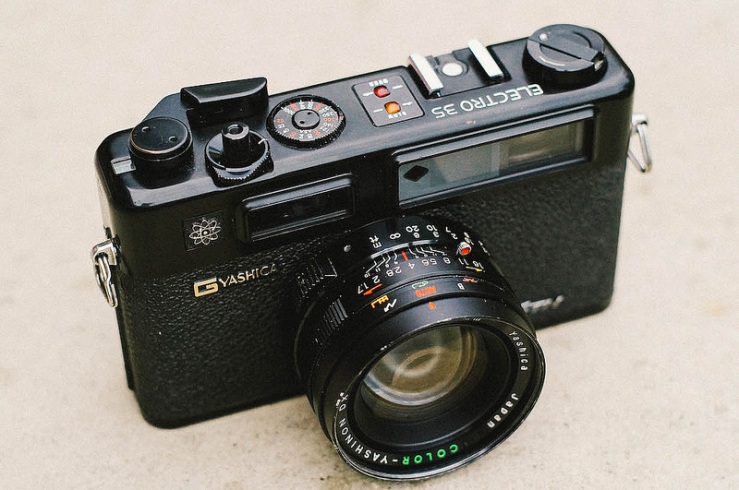 It was (and still is) an excellent example of the “paradox of choice” – the more options we have, the harder it is to pick just one and commit to it.

The flip side of the monogamous photographer argument is that using a range of cameras widens one’s experience and knowledge of photography.

I can certainly say that I learned more about the essentials of photography by reading camera manuals (Canon’s are especially informative, even for humble Sure Shot models) than from any other source.

Also, for every less than amazing camera we use, it helps us appreciate our very favourites all the more.

Right now, for me I think it would be just too hard to give up a range of cameras for just one or two.

Or, maybe I haven’t found that one that is great enough. And so this further fuels the quest for more!

I know ultimately I would really rather be remembered as a decent photographer, than someone who had a lot of cameras.

How about you? Would you like to be considered foremost a camera collector and tester, or a photographer?

How do you find that balance between the two?