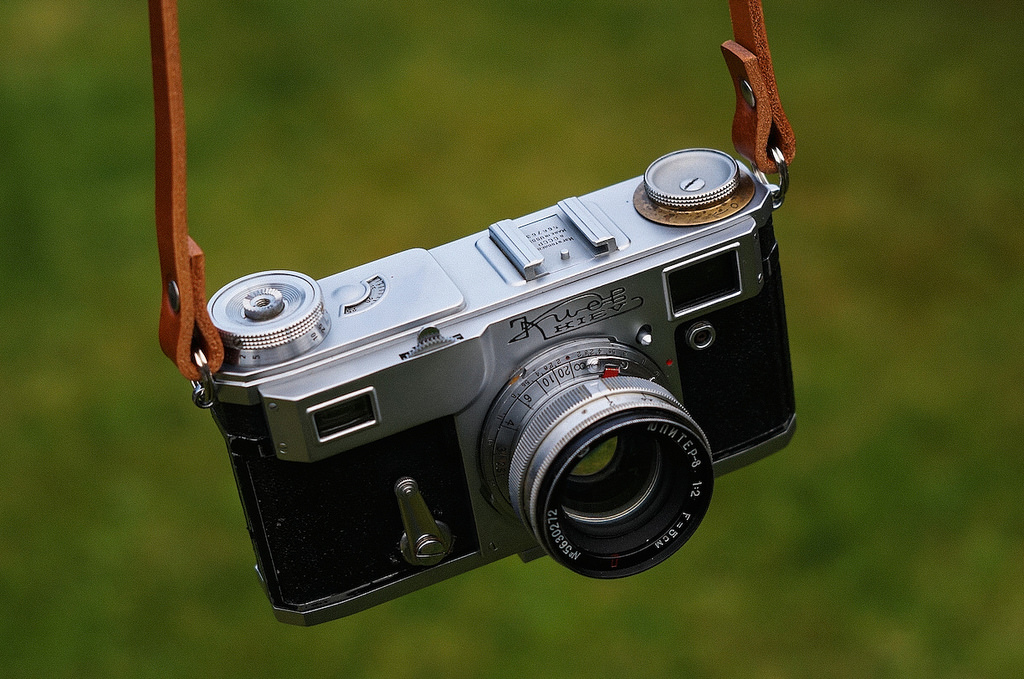 Over the last few years I’ve known the allure of vintage cameras and lenses all too well.

I’ve realised this perennial appeal broadly falls within one of three categories, or eras.

Pondering further still, I believe the same three can be applied to bicycles too, and no doubt to other objects you may be interested in.

For the purposes of this conversation, I use the word “vintage” very loosely. I’m sure depending on your field of expertise, it may have quite strict criteria.

I recall taking a camera I had just sold to the local post office, where the assistant Alex – a collector of old motorbikes and cars, including a Model T Ford – asked what was in the package.

“A vintage camera”, I declared.

“Oh, that’s a classic camera then, a vintage camera would be much older”, he came back, with a tone that suggested great confidence and experience in these matters.

Anyway, here, by vintage I really mean anything over about five years old.

Here are those three distinct vintage eras I’ve identified, and why they’re appealing, starting with the most recent.

1. Stuff you wanted when you were a bit younger but couldn’t afford. Around 5 – 20 years old.

For me this includes cameras like the Ricoh GRD III which in its day (around 2009) cost around £600, a fee I wouldn’t pay for any camera, then or now.

Fortunately as the years have gone by and more new models have arrived – along with the ever increasing surrounding hype – the older models become less desirable and their value falls.

So my fully working GRD III set me back about £150, with a couple of extras like the hood and wide angle lens. It’s as good, and as treasured, as any camera I have ever owned.

On the bike front, a Specialized FSR is something wouldn’t have dreamed of owning in the late 90s, as it carried a price of tag of approaching £1.5k. A relatively lowly Rockhopper was highly desirable to me at about a third of the price.

A week ago I found a local FSR in lovely condition and with many new components for less than a tenth of what it cost new. I couldn’t resist.

With both the camera and the bike, I get to enjoy what was, at the time, beautifully designed and built cutting edge gear.

And because we’re talking about timeless pursuits that have been around for 150 years plus, they are not dependent on bleeding edge technology that hadn’t been invented 5 or 10 years ago.

The GRD III still takes wonderful pictures. The FSR is still a delight to ride.

The megapixels race is lost on me – I’m more than happy with the 10MP of the Ricoh, I’ve never found it lacking in resolution, including when making prints.

My FSR has 21 gears, but since owning it, aside from a quick run through to test everything was working, I have used only the middle cog on the front (so ignoring the front shifter and derailleur) and only three cogs on the back, the three smallest. Most of the time I’m on no5, with 6 and 7 coming into play for a little extra speed down hills.

And I’ve tried my work commute on it using only one speed, and it was very doable. Again, the big numbers – in this instance 21 speeds – are wasted on me.

This era of vintage is appealing in my view because it offers high quality equipment that’s still new enough to work perfectly.

I’d rather take a ten year old bike or camera that was near the top end, than brand new mass produced cheap and plasticky budget gear the same money would get you.

Therein lies the largest appeal of this era of vintage cameras and bikes – that delicious fusion of quality and affordability that appeals equally to both the lover of quality design and manufacture, and the frugal skinflint in me.

2. Stuff you remember for your childhood. For me this is 30ish years ago. Your mileage may vary.

This might be, on the camera front, a partly electronic partly mechanical SLR like the Minolta X-700 I remember my uncle having, with its distinctive rising sun logo. 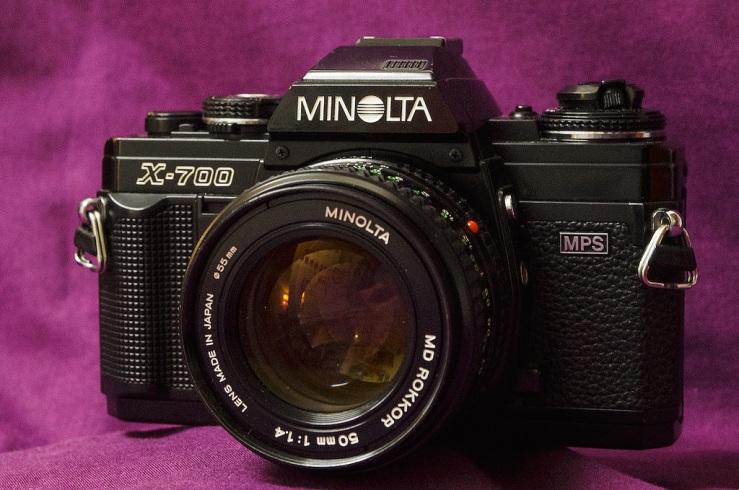 Or it might be the Raleigh Burner BMX that, despite early vague recollections of a bright yellow racer and a blue touring bike, was the first bike I remember really loving.

Or perhaps the even more desirable BMXs of the time, like a Diamond Back with the diamond shaped cut outs in the reinforcement braces where the down tube, head tube and top tube met. Or a Mongoose, that I recall seeing trick riders on the telly whizzing up and down half pipes on.

The reason this era of vintage is appealing is largely nostalgic. A glimpse of simpler, less stressful times, when we had barely a care in the world and played outside from dawn ’til dusk.

My hope in revisiting the gear from this period is, perhaps, that I can somehow transport myself back and rediscover some of the innocence and fun of those days.

On the camera front, one of my two remaining film cameras falls squarely in this period, the Contax 139Q. It still feels wonderful to use now, and rather modern, so it must have felt even more impressive in the late 70s when it was launched.

I’ve yet to buy a BMX, but I have been tempted, especially looking at the amazing BMX Museum.

More likely is some kind of 70s or 80s Raleigh touring bike with the kind of workmanship that I would not have appreciated at  the time, and again a greater simplicity. No disc brakes, suspension, or even derailleurs, just a single speed or a three speed hub.

Again, as with cameras, a previous era often offers us respite from the over complicated and overwhelming technology of the current day, all of which is completely unnecessary to enjoy ourselves.

3. Stuff from way before you’re born that you’re curious about. For me the eras that appeal are 1950s and earlier. Your mileage may vary.

The oldest camera I’ve owned is a 1956 Kiev 2A, which is also one of the most gorgeous cameras I’ve ever seen, held and used.

That I could get any image at all from such an ancient (to me!) machine was a wonder. The fact that it actually made very appealing photographs was an added bonus.

With bikes, I love the look of the kind of 30s, 40s and 50s styles that were commonplace amongst ordinary people going about their daily lives.

The range of types of bike back then was greatly reduced, and though I know little about it, I imagine a typical town bike shop would have perhaps six different models, rather than the 600 or even perhaps 6000 available in online bike stores today.

The workmanship of this era is hugely attractive too. Hand crafted lugs, little details engraved everywhere, a distinct lack of plastic. It seems that even the commonplace bikes were made with great love and attention to detail.

Oh and products were built to last a lifetime, the whole concept of planned obsolescence and disposability as yet unimagined.

With both the photographic and wheeled machines from this era, they’re also like a kind of time machine to a period I never knew.

By using them myself now, I’m recreating the same experiences as generations have done before.

Who knows what sights those old lenses have seen, what roads those old wheels have rolled along? I like being the latest chapter in the rich and expansive history of these machines, again something you never have with a new camera, or bike, or device.

And so, as you can see, vintage cameras and bicycles are massively appealing to me, from these three distinct eras, and for slightly differing reasons.

Whilst in camera terms I’m done with exploring and have settled on my essential kit, bicycles are still something of a great unknown ocean.

So many eras and styles and makes and options. It feels like I’m just beginning a new voyage of discovery.

How about you? What do you consider “vintage”, and why does it appeal to you?

5 thoughts on “The Triple Temptation Of Vintage”