At the start of this calendar year I set out to try a new project, using just one camera for a month of photography.

Sticking to my usual simple approach, I called the project One Month, One Camera.

You can read the intro post from January here, and see all related posts here.

So far I’ve done this for five different months, so I thought I’d like to finish the year with a final month of monogamy, camera-wise.

The camera I have chosen for December is not new to me, and it’s one of my core favourites that I’d likely never part with – The Panasonic Lumix LX3.

This is a camera I didn’t get off to the best start with, and struggled with the, in my opinion, poor handling – especially the lack of grip on the front of the body.

Experiments with foam and grip tape resulted in me fashioning a grip for the LX3 that makes it handle almost as well as my Ricoh GRD III, my undisputed yardstick in compact camera ergonomics. 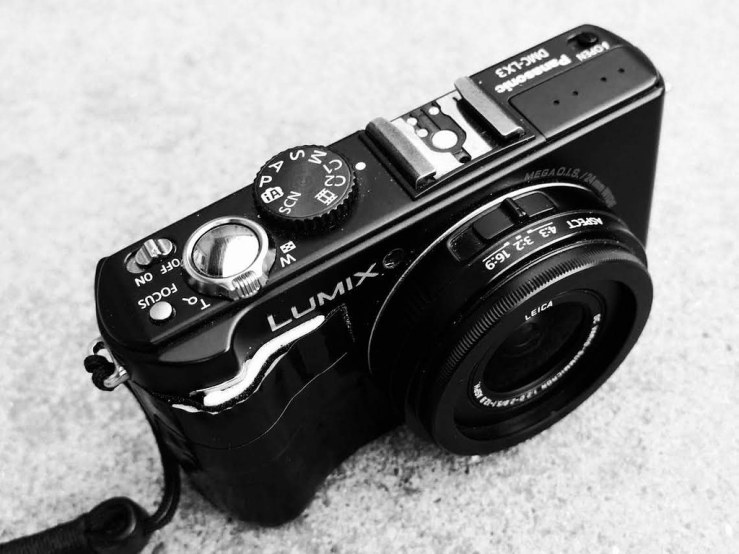 Since the above image was taken, I’ve removed the plastic insulating tape again so my fingers grip the, er, grip tape, for a more secure hold.

Once this was resolved, everything else fell into place, and the LX3 is an absolute gem.

For December, I’m returning to the Lumix for a number of reasons –

With the autumn rapidly turning to winter, and colours vanishing daily, I’m back in a black and white photography mood, to capture the starkness of this season.

The LX3 is the first camera I discovered that could deliver me moody, inky b/w images straight out of camera, with its Dynamic B&W film emulation.

Previously the otherwise magnificent GRD III had fallen between two stools in this regard.

Its standard b/w mode was still too grey and low contrast for my liking, so I needed to run every image through my Snapseed preset. Not a major chore, but a step I could avoid.

The GRD’s own high contrast mono mode was too strong, with intense, smudgy blacks that make images appear almost like they’re from a charcoal sketchbook, rather than a camera. Just a step too Daido Moriyama for my tastes.

So the Lumix’s Dynamic B&W mode, like Goldilocks snuggled up in baby bear’s bed with a tummy full of warm porridge, feels just right. Especially for winter.

Vastly smaller and less weighty than a DSLR, but not so tiny and lightweight that it feels fiddly and unmanageable. The impression of quality is very good too.

Despite its pocketable dimensions, the Lumix still packs a good sized lens, which expands on powering up the camera, zooms from 24mm at f/2 to 60mm at f/2.8. And is pretty fantastic, especially combined with its modest, by today’s silly standards, 10MP CCD sensor.

I’ve loved my DSLR adventures over the last few months, especially the Pentax siblings, the K100D and K-m, and the wonderful colours their sensors produce.

But again with the season, lower temperatures and less desire to be standing around for ages fiddling about with exposure settings with half numb fingers, the far more direct and reliable (exposure wise) LX3 appeals hugely.

I shoot it aperture priority, but rarely change it from the maximum, which at my favoured 35mm focal length is f/2.3.

The camera has an excellent zoom memory so returns to the same focal length you left it at, even after being switched off.

I wrote about this far more when I was delighted to find the same feature in its more humble sibling, the Lumix TZ2, back in March.

For nine of out 10 shots, the only button I need is the shutter button, the rest is all about composition, and focus.

You might recall that the final image isn’t my main motivation with photography, and I’m more interested in the overall experience, and its positive impact on my life.

Well, that said – and the experience with the LX3 is very good – it also happens to make pretty excellent photographs too.

I’m really looking forward to shooting with the Lumix LX3 again this month, and whilst I plan to stick to b/w, I might experiment with different focal lengths.

The maximum aperture is still f/2.8 at 60mm, whereas most DLSR lenses I’ve used tend to be around f/4.5 or even smaller at this kind of focal length, limiting their appeal.

With that zoom resume function, I can easily set up the LX3 for one focal length then use it consistently for a whole photowalk.

I’ve never been one to zoom in and out with each shot. 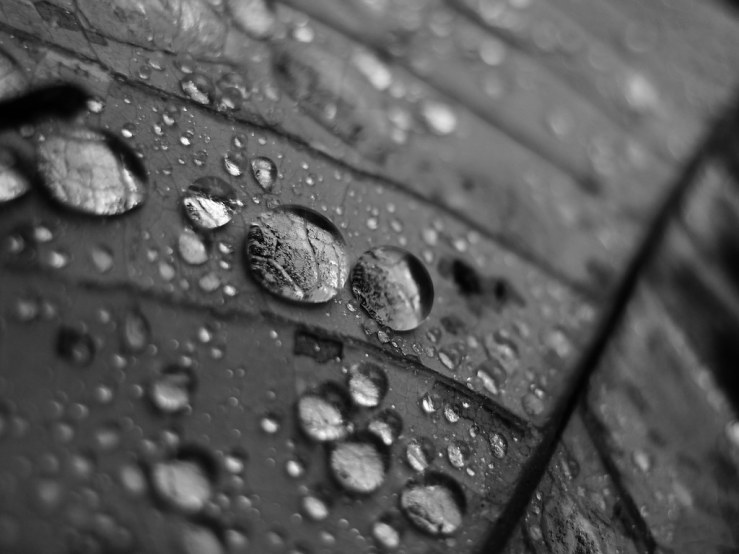 I’ll post updates here in due course, plus any photographs I’m happy enough with.

How about you? Which camera(s) are you planning to use this month?