Back in 2010, my photography life had thus far looked like this…

Er, that was pretty much it.

Aside from a two pack flirtation with a Polaroid and my best friend and partner at the time, I’d used no other cameras but those on my phones.

Mid 2010 saw me upgrade to the Sony Ericsson j10i2, more endearingly known as the Sony Elm.

The major factors in my choice were my previous familiarity with Sony, and the reputation of the camera, another step (to 5MP!) from my previous, and already very capable, 3.2MP model.

The other day I remembered I still had it in a box, and wondered if it still worked.

A quick charge later, it did, and does.

So I decided to take it out for a wander to see how it felt compared not only with my latest phone, another Sony, the G8441 (aka Xperia ZX1 Compact, seriously, what is it with Sony and their dull model names?) but with the other “holy trinity” of three cameras I’ve settled on as my core arsenal – the Ricoh GX100, Ricoh GRD III and Pentax Q.

You know me, I don’t encourage tedious tech talk, what matters is how easy the phone is to use, how much you enjoy using it, and what it’s capable of.

These are my main thoughts about going back to the Sony Elm.

My Xperia (the “Compact” version of the bigger ZX1) is still modest in size compared with some smartphones today, and doesn’t require a crowbar and/or a tub of lubricant to remove from your trouser pocket every time you want to use it.

But the Elm is so much smaller.

It weighs only 90g compared with the Xperia’s by no means heavy 156g. The Elm just disappeared into my pocket, I had to keep checking it was still there. I love that low profile, that invisibility.

Better still, although very little, it still handles well as a phone, significantly better than the Xperia, or my old iPhone 5C.

Partly because as its smaller you can grip it better, and partly because of its tapered shape with a grooved back where your right middle finger rests and grips. Quite a contrast to the slick black monolith Xperia, which like most smartphones, handles like a slab of smooth cold granite.

The Elm has a proper shutter button too, with half press to lock focus, and normal buttons to select up and down through the settings.

Initial set up was quick – Normal shoot mode, Auto Scene, 5MP, Macro Focus enabled (down to 0.1m), Flash off, Normal Metering, Auto White Balance, Black and White Effect. Quite a lot to play with and strangely so much more like a compact digital camera to use with those “proper” buttons and simple menus than my Xperia or previous iPhone.

This simplicity, compared with its almost invisible presence, makes the little Elm as close to the ultimate point and shoot as you can probably get.

When you squeeze the shutter, all icons disappear from the screen except the focus square in the centre, which starts white then turns green once locked, along with another green light that flashes then locks at the top left of the screen. Again, very simple, very obvious, very pure.

After a few shots the Elm became second nature to use again, and half a dozen shots later I even became oblivious to the seriously cracked screen.

Once home I found the quickest way to upload the images was to bluetooth them all in one go to my Xperia, which then auto syncs with Google Photos.

All the previously mentions of compactness would mean far less if the core performance of the Elm was under par.

The in-camera b/w mode is quite good, but I used it mostly so I could see the compositions in b/w not colour when shooting, then used my usual Snapseed preset to add a little contrast and mood. The results didn’t disappoint.

Later on the same walk I put the Sony away and used my Ricoh GX100 for a while, on paper a far more sophisticated, dedicated 10MP camera.

Sifting through the photos afterwards though, aside from when I went really close with the Ricoh (0.01m compared with the Elm’s still very respectable 0.1m), I struggled to distinguish which photos came from which camera.

The Elm in some shots seem to handle the light even better than the Ricoh, too, or certainly more to my liking for the mood I seek. 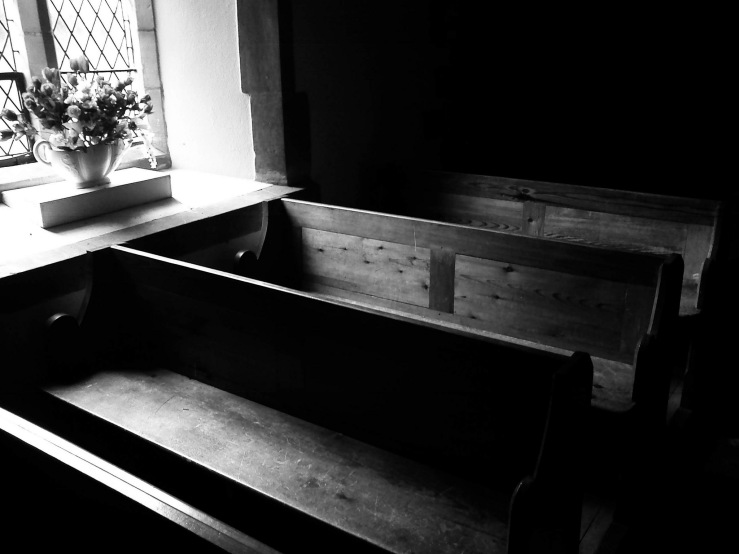 Once again I believe this experiment proves that we don’t need anything like as sophisticated a camera (or collection of cameras) as we think we do.

The Sony Elm is not even one of those cameras you’d say “it’s not bad, considering its age and sensor”.

I feel the images it’s capable of are still really decent today, and stand up more than adequately for my needs on all fronts. (The photos in the post are all from that walk with the Elm.)

The Sony Elm is so light, small, easy to use, and capable in the final image, I could easily use it as my only camera and make photographs I’m proud of.

So what next? Sell everything else and use just the Elm?

I like my aforementioned “holy trinity” of digital compacts too much, and they are all more of a pleasure to use, with more control, when I need it. There’s no reason to keep the Elm at all.

But for now, just because it seems to fit my simplicity and invisible camera causes so well, I’m keeping it for another outing or two and see where that leads me…

Which cameras from your past do you remember fondly for their simplicity, fun, compactness, directness, or anything else that your current kit might lack?

Please share your thoughts and experiences below (and remember to tick the “Notify me of new comments via email” box to follow the conversation).