There’s something I find very comforting about a camera with a fixed lens.

Though some might think of these cameras as too limiting because you’re “stuck” with just one lens, for me the removal of another layer of decisions to make is refreshing.

We’ve talked at length before about simplifying the photography practice by pursuing a zero processing workflow and finding cameras that are so instinctive to use they’re close to invisible.

Back to the fixed lens camera, and of course if that fixed lens isn’t particular good for your needs (or at all!) then it renders the whole camera unsuitable.

If, for example, you love making portraits with an 85 or 100mm lens, then something like one of the Ricoh GR/ GRDs with their 28mm prime lens is unlikely to attract you.

Many fixed lens cameras (I’m talking digital compacts here) have zoom lenses, which gives you more scope and options than a prime lens. But at least they are still fixed lens, and in time you can learn which focal length(s) work well for you, and how to get the best from the lens and camera.

The options are still within fairly tight limitations, and indeed these limitation can be empowering and encourage you to commit to the camera more and find new ways of squeezing the most pleasing images from it.

Which is the kind of photographic simplicity I’ve come to love.

Then there are camera bodies with interchangeable lenses.

SLRs and DSLRs are the traditional examples, and more recently in photography’s history, others have arrived with mirrorless bodies like the Pentax Q, Sony NEX/Alpha, Fuji X, and Panasonic and Olympus’s Micro Four Thirds (MFT) venture.

I still have a couple of DSLRs (though they are in my “to sell” box) and owned a Sony NEX 3N for nearly four years.

After many lenses (like, hundreds) passed through my hands during this time, I had finally settled on around 10, mostly M42, with a trio of Pentax K for the two DSLRs, and sold the Sony.

But then I discovered digital compacts with wonderful capabilities like the Ricoh GRD III and GX100.

As well as the Pentax Q, which is an interchangeable lens camera, but far more limited for me with its range of seven native lenses (of which I have just two), than something like a Sony where you can get an adapter for any number of vintage lenses.

When these very capable cameras were giving me such fantastic results, in a pocket sized package, I questioned whether I would ever use my DSLRs and those 10 lenses ever again.

As has often happened on my photography journey, a couple of paths seem to intersect to send me in a new direction. 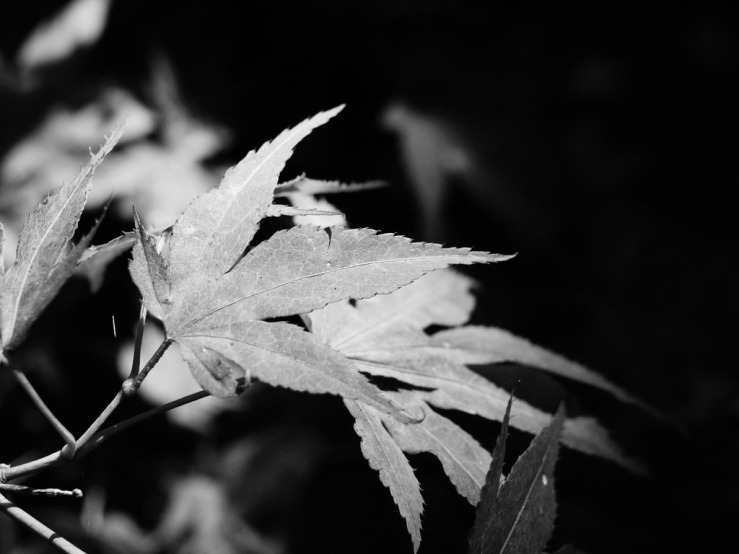 Getting to know a Lumix LX3 – and now really starting to enjoy it after a disappointing start – made me wonder about other Lumix cameras.

Considering selling my DSLRs, I wondered what to do with this small set of my favourite of the favourite lenses I’ve curated over the last five years.

Sell them all too?

My solution for now – which potentially deals with both dilemmas – is to try a Lumix MFT camera. Specifically the GF1.

It’s an interchangeable lens camera, and as with the Sony NEX I had previously, there are a number of adapters available to use vintage lenses.

With the MFT sensors having a crop factor of 2x, it means an adapted 35mm lens from a 35mm film camera gives a field of view of 70mm. A 50mm lens gives a 100mm equivalent view, and so on. Far from full frame, but interesting and usable.

With my DLSRs seeming a very unlikely future option due to their size, weight and complexity now I’ve seen what digital compacts can do, the Lumix GF1 can give my beloved M42 lenses the chance of a swansong at least, if not a guaranteed long and fruitful future.

But the GF1 is a dangerous beast.

Very well built (a significant step up from the LX3, which itself is impressively crafted), still pretty compact and with very decent handling, it’s potential for me is vast.

Add similar performance and set up to the LX3 – including the excellent Dynamic B&W mode that gives me marvellous monochromes straight out of camera – and this Lumix, fused with the likes of my Zeiss Flektogon 35/2.4, Takumar 55/1.8, Helios 44-2 58/2 and Takumar 105/2.8, promises mouthwatering results. 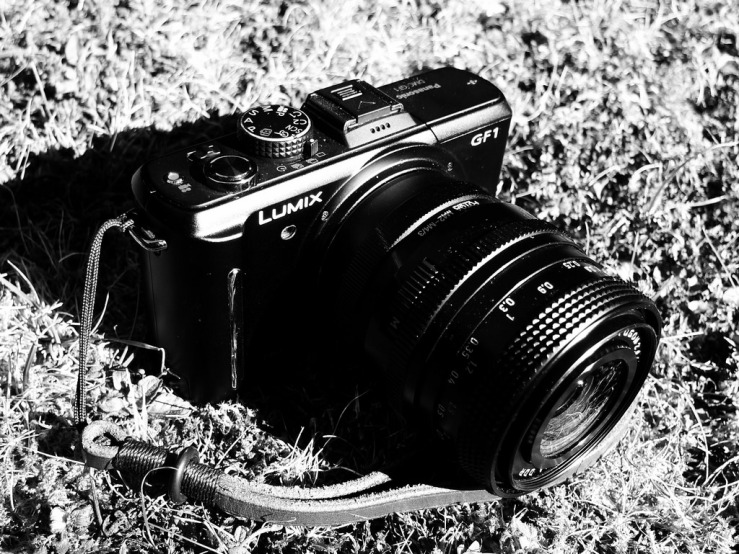 Whilst I have no urge to explore any further M42 lenses, the native MFT range is pretty expansive. Panasonic and Olympus have been churning out dozens of lenses I believe in the decade since MFT’s launch, as well as a few other manufacturers.

In other words, this one body could offer a competitive alternative to all four of my favourite digital compacts, plus my two Pentax K DSLRs…

Excited that one body could do so much (and already in my initial playing I know it’s a body I like very much indeed), and give me very satisfying (Dynamic) b/w photos straight out of camera.

In contrast, my Sony NEX didn’t handle well, always felt like a clever image making device not a camera, and needed lots of post processing to get images I liked the colours (or b/w) of.

Intimidated that as with my Sony NEX, there are so many lens possibilities with the GF1, I might become completely overwhelmed with the choices before I’ve barely begun. And I’m long done with that kind of decision fatigue.

Time will tell of course.

Then decide whether I want to explore a native Lumix lens (I don’t have any yet, just the M42 adapter) that might have one or more of my digital compacts looking over their shoulder.

We’ll see how this pans out…

How often do you use interchangeable lens cameras compared with fixed lens? What do you see as the pros and cons of each?

Please let us know in the comments below (Remember to tick the “Notify me of new comments via email” box to follow the conversation).

16 thoughts on “The Endless Allure Of The Interchangeable Lens”