In my younger days I enjoyed mountain biking (the natural evolution of BMX riding as a child) and my trips were more about hurtling through woodland trails than meandering slowly enough to smell the flowers.

So when I returned to cycling quite recently, as I imagine we do with most hobbies we rediscover, it seemed natural to try to pick up where I left off.

I sought out the kind of mountain bike I enjoyed back in the day, a Specialized Rockhopper, and assumed it would fit my needs today.

I found an original old Rockhopper for sale, and after a few adjustments set off on a ride.

I really liked how light and nimble it felt compared with my ebike (which weighs nearly double what the Rockhopper does), but the riding position felt too aggressive, too stretched out.

Even after adjusting the seat and handlebar height, it remained much the same, low, fast stance.

I guess that when the bike came out (before mountain biking had so many sub genres and one bike did them all), most of the time you’d be going fast off road, so you’d appreciate this set up.

The trouble I had was trying to relax and ride it more gently, without wanting to hammer all out everywhere!

Then it dawned on me that the bike that might have been ideal for my needs when I was thrashing around the woods as an 18 year or 20 year old, might not be the best bike for my needs today.

Which begged the question, what do I need in a bike today?

My ebike covers the fair weather commuting, but because I don’t really want to intentionally get the electrics soaked, I wanted a regular bike I could commute with over the winter too.

Something robust but not too heavy, and that I wouldn’t care too much about getting scratched or wet.

Something that was a bit leaner and quicker on the road than a mountain bike, but could still handle the odd woodland trail without buckling a wheel or being shaken to bits.

So a little further research later, and of course the kind of bikes I started looking at were hybrids – offering the ruggedness of an MTB with larger, narrower, faster 700c wheels, a more relaxed and upright riding position, and plenty of lugs and eyelets for adding racks, mudguards and the like for winter protection and storage.

Being fond of the old Rockhopper anyway, despite its aggressive stance, I decided to keep my quest within the Specialized family, and found a Crossroads locally at the right price.

Four or five decent rides on the Crossroads later, my approach is surprisingly (but perhaps obviously!) more relaxed and slower.

It’s a bike I can happily trundle down country lanes on at 10mph (or even less) and savour the scenery.

Because the rear derailleur needs some attention, it currently only gives me the middle five (of seven) cogs. The front derailleur doesn’t do anything (which I’m wasn’t concerned about when I bought it as I’m going to remove it and just have a single cog on the front anyway).

So my highest gear currently is the middle cog on the front and the penultimate smallest on the rear, and my pedalling maxes out at only around 15mph anyway.

Where I do hit the occasional downhill straight, anything over 20mph feels almost unnecessarily heady!

The point is, my needs in a bike today aren’t the same as they once were. 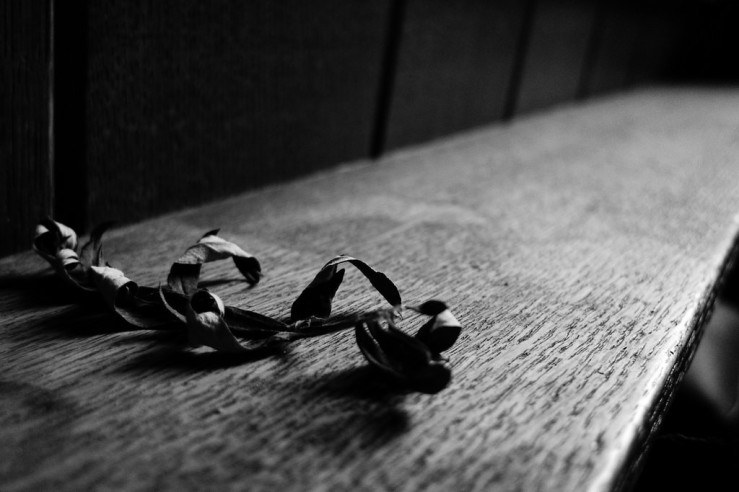 Asking what your needs actually are right now – and before you commit to buy something – is a very useful exercise.

The same applies whether you ask yourself just what you really want from a bike, a camera, a relationship, or your whole life.

Because we evolve, we grow, we don’t stay the same, physically, mentally, or emotionally. Priorities change, life’s lessons impress upon us, our requirements shift.

In retrospect it really was no wonder that buying the kind of bike that was near perfect for my 18 year old self was not the best match a quarter of a century on.

I’m keeping the Rockhopper as a fun stripped down one speed conversion project to then hack around off road on, and going out with the family.

But for winter commuting and exploring the countryside, the leisurely Crossroads seems a very relaxed and natural fit right now.

How about you? Are you using a bike or camera you’re still trying to make fit a former version of yourself, rather than just accepting it’s time to seek something that works better for the person you are today?

Please share your thoughts below (and don’t forget to tick the “Notify me of new comments via email” box to follow the conversation).

Thanks for looking. Please share this post with others you feel will enjoy it too. If you’re interested, this is what’s going on with my photography and cycling right now.

10 thoughts on “When Perfect No Longer Fits”