Like many on this island, I love a bargain.

Which, when it comes to old cameras, can cause quite a problem.

These days I’m down to a fairly select collection, but my One Month, One Camera (OMOC) project this year has opened my eyes a little to a photographic bargain once more.

Last Saturday, waiting between dance classes with the kids, I popped into the nearby charity shop to drop off some no longer wanted toys. After a quick glance around the shop my eyes were drawn to a box in that distinct hue of FujiFilm green.

Which contained a rather scratched FujiFilm FinePix A330.

A cursory once over was encouraging.

It’s very light, the sliding lens cover has kept the lens clean over the years (around 15, the camera was first released in 2004), and it requires two AA batteries and an xD-Picture Card, like I already have in the FinePix F810 I’m using for February.

Handling was decent in a chunky way, and the screen looked big enough to be able to frame easily.

At £3 I took a chance, and at home after inserting batteries and the xD card it proved to be working fine. At a humble 3.2MP, it’s an obvious contender for a future month of the OMOC challenge.

My two cameras for January and February have both cost £15 plus a few pounds postage, within my £20 limit for the project.

But this A330 at a total of £3 made me wonder if I’m spending way too much, and making the challenge too easy.

It also got me thinking back to favourite bargains of the past.

Here are a few.

This came as part of a job lot on eBay, and meant each camera cost something like £2. Less well known and more unusual than the usual Sure Shots, the Sprint was smaller too.

There was plenty to enjoy about this little charmer, and with some of my favourite expired film, it took a very decent picture too.

Also part of a bundle of three cameras, so each cost about £3.50. The Minitec AF was the pick of the three, small and cute, with an unusually wide 32mm lens. 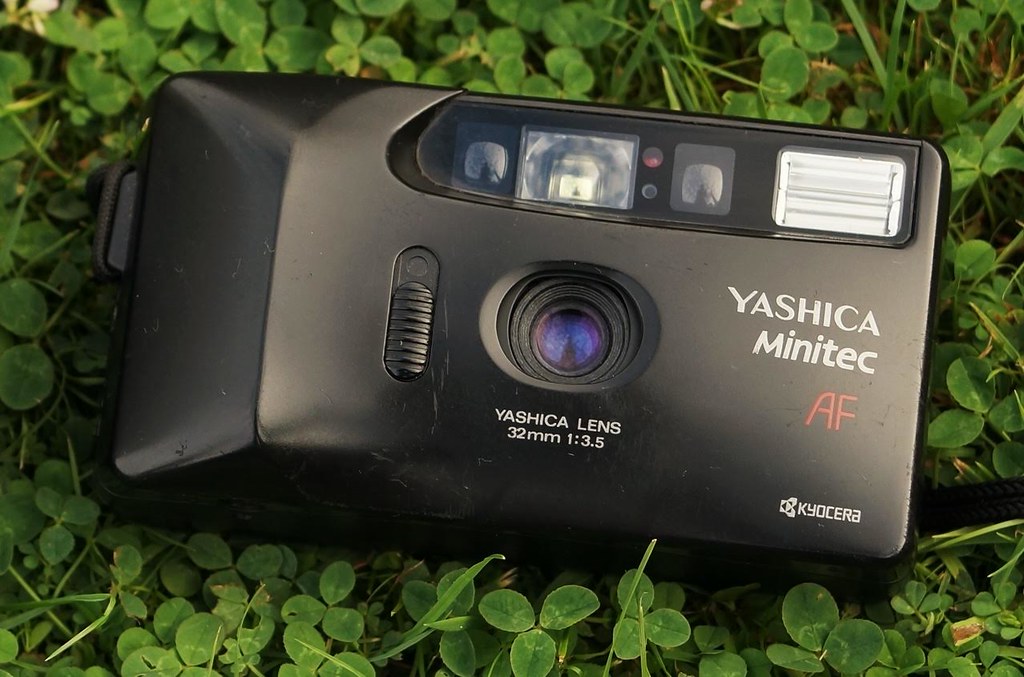 Some suggest this is the same lens as in the fabled Yashica T cameras, but I think it’s unlikely.

Still it was a fun camera, and delivered more than well enough for an AF compact, especially on days with sunny blue skies. 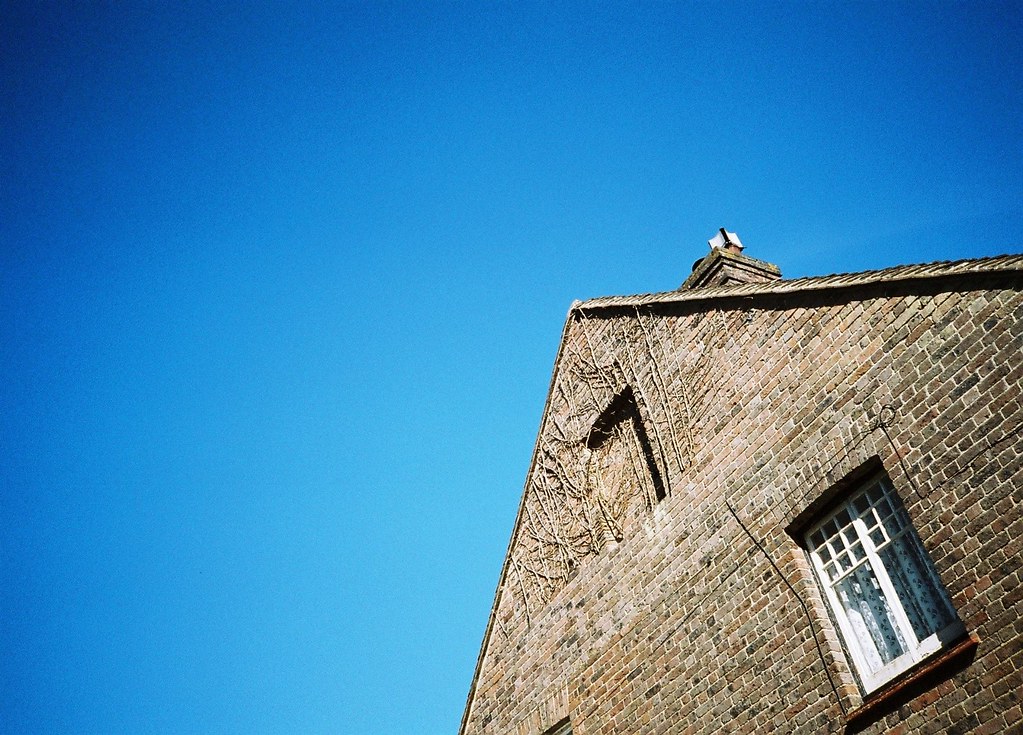 This goes down as one of the cheapest cameras it’s possible to buy, at a mere 99p plus a couple of pounds postage on eBay.

Canon made what feels like dozens of different EOS film bodies (and possibly even more digital ones!), and the EOS 500 is one of the older ones.

Nevertheless it still does all you really need a film camera to do, meters very accurately, handles very well with that big curved rubberised grip, is very light, and best of all for me, with a dead cheap adapter it can use the vast range of M42 lenses available.

A very affordable way to get started in film photography.

Much like Canon and their EOS SLRs, Pentax made more Espio models (known as IQZoom in some territories) that most of us have had hot dinners.

This was one of the earliest, and for me, one of the best. I picked it up in a lot which meant it owed me about £3.

Anyone looking for a very competent, fun, reliable film compact would do well to look past the over hyped and ridiculously over priced likes of the Olympus Mju-II and Nikon L35AF, pick up one of these and save yourself a few hundred pounds.

Seriously, I saw a Mju-II sell for £350 on eBay a couple of months ago.

What I liked about the AF Zoom was it’s small enough to slip in a pocket, but retains great handling (unlike that slippery Mju-II), and has all the features you need, including a fairly unusual multiple exposure mode. 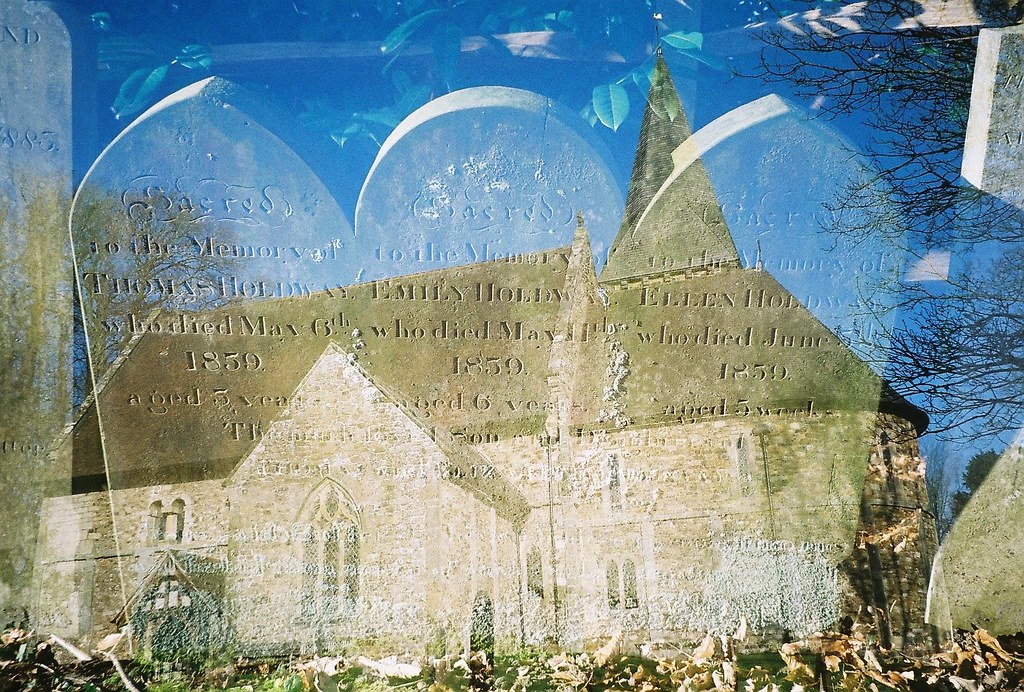 It also remembers your settings (like the flash being turned off) even when it’s auto powered off for up to 30 minutes. In other words I turned the flash off at the start of a photowalk, then forgot about it.

So those are some of the very cheapest cameras I’ve found in the last few years.

When you pay so little for a camera – less than a cup of coffee and piece of cake – it somehow makes the fact they can make pictures even more incredible and magical.

How about you, what have been your favourite photography bargains?

Please share them with us in the comments below (and don’t forget to tick the “Notify me of new comments via email” box to follow the conversation).