So this month in my One Month One Camera (OMOC) project, I’ve been using a Panasonic Lumix FX10. You can read more about the camera in the first post here.

Something else I said I wanted to experiment with this year was not processing images at all, or zero processing.

This is easy for the cameras I have that deliver excellent images straight out of camera, they leave no need for any further tinkering.

But more cameras than not do require additional assistance to get the pictures looking how I want them to, and most recently I’ve been using Snapseed to this end.

Using the Lumix FX10 was a golden opportunity to use a different camera without post processing the images, and just let the camera put its own personality stamp on the photos.

When the scene has enough contrast naturally (strong light and deep dark shadows), the images have been fine straight out of camera.

But the other 90% of the time, the b/w mode of the little Lumix has produced the kind of thousand shades of middle grey images that most other cameras also produce, and that I find very bland and underwhelming.

So rather than have a bunch of photos this month where most of them are written off for this overly grey affliction, I decided to relent and run a few through Snapseed, to see how they looked.

As a result the FX10 seems far more capable, and along with the benefits of its small size, ease of use and pocket money cost, gives many reasons to recommend it.

When I have cameras that are better for my needs anyway, and have enough adjustment in camera to give me the kind of inky moody b/w (or natural colour) images I love, why would I want to use Snapseed to post process every image I want to keep?

In the end, this has been a very useful experiment to move me closer to an ever smaller set of camera I love and want to use consistently.

These include my b/w favourites, the Lumix LX3 and GF1 (though I’m undecided about lenses for the latter), and my marvellous little Pentax Q.

My Pentax K30 DSLR I’m still on the fence about in many ways, but it also makes satisfying b/w pictures.

Oh and I often overlook the first digital camera I bought, the Nikon Coolpix P300, whose high contrast mono mode first opened my eyes to what a camera could do in b/w, without needing any attention afterwards.

Indeed the now nine year old Coolpix is a future candidate for a One Month One Camera outing later this year.

My Pentax K-m DSLR also delivers pretty good b/w images, if not quite so contrasty as the others above, but I would probably reach for the K30 first if I wanted to shoot a DSLR for b/w rather than colour images.

Speaking of which, on the colour front, both the K-m and its predecessor the 6MP K100D capture colour beautifully with their good old CCD sensors.

The other half a dozen cameras I have left I only really use for b/w photography, and each of them I use Snapseed to process the images afterwards.

The Ricoh siblings – GX100 and GRD III – as well as the surprisingly delightful FujiFilm Finepix S7000 bridge camera, the Canon Digital IXUS 870 IS I used last January, and of course the FX10 I’m using this month, all come in this category, as does the quirky, charming, and tiny Samsung NV10.

Each of their places in my photographic arsenal are under threat.

Simply because I have a good selection that give me the zero processing dream, and I really don’t want the hassle of processing with Snapseed, and resaving and organising the resultant file(s).

More to come before the month is out on the Lumix FX10, but I can see already that despite its plentiful charms, I have no reason to keep it, for the reasons outlined above. 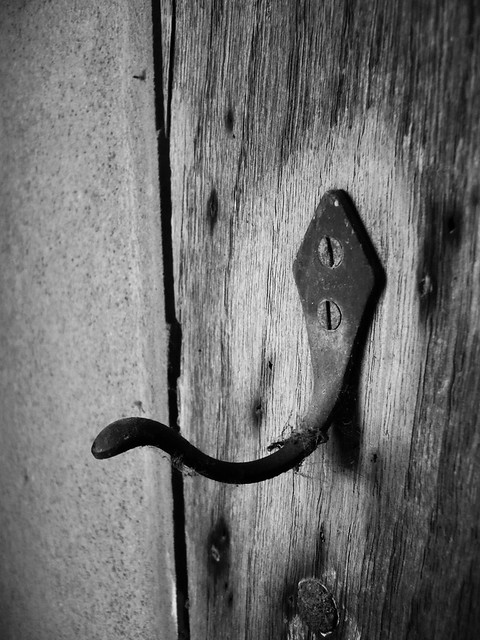 How about you? How many of your photos do you post process, and how?