My first experience of shooting film was with a Polaroid in the late 90s.

My then partner and I were both interested in various creative exploits, and photography was something we wanted to try, but in a fun and instant way, without having to learn or invest too much.

Back then, digital photography was very new and not really accessible – or affordable – to the masses.

The first digital camera I had was a Sony camera phone around 2005, some seven or eight years later, but that’s another story.

So we went halves on the Polaroid and a few packs of film.

We used it a few times, then put it away in a drawer somewhere. To be honest, I don’t even recall what happened to it.

Needless to say, it didn’t make a ground breaking impact on my life.

As I started to explore photography again years later with camera phones, I didn’t give film a second thought, or indeed any digital cameras larger than those pocketable, always with me Sony Cyber-shot phones.

Funny how life goes in cycles.

My second, and far more lengthy and immersive foray into film, was in 2012, when I received a Holga 120N on my birthday.

It wasn’t a completely random present, by this time I was quite heavily into photography and had graduated from camera phones to my first “proper” camera, a Nikon Coolpix P300, and was shooting around 1000 photos a month with it.

The Holga had been on my Amazon wish list for some time, and my partner knew this, so when her dad asked about a possible present for me, she must have suggested the Holga.

What attracted me this time was the Holga was such a different experience (and indeed outcome) to the digital cameras that had become the norm.

On first handling the Holga, I was sceptical that such a primitive chunk of plastic, that appeared to be a child’s toy, could make any kind of photograph at all.

I learned online how to load and use it, quickly adopting the first golden rule of Holga photography – throw away the lens cap, because when you’re composing you can’t tell whether it’s still on or not.

When my first roll of film was developed, aside from those few black frames from my rookie lens cap error, I was blown away by the Holga’s lo-fi charm, and realised why many considered these lumps of plastic rather fantastic. 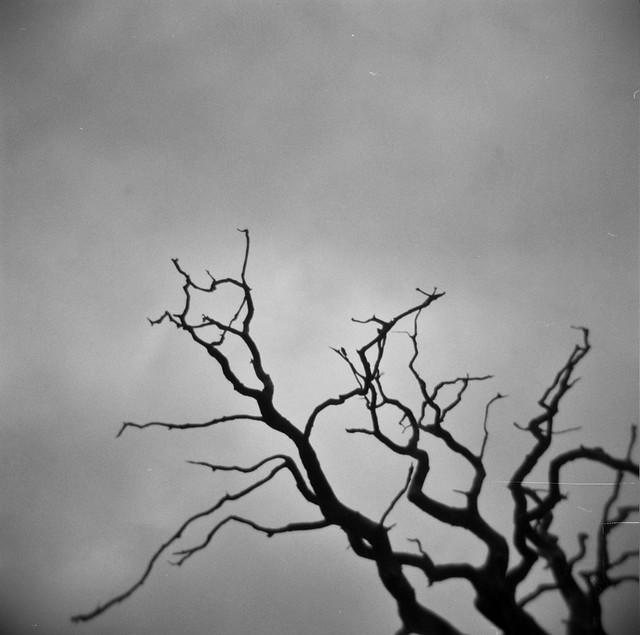 I used the Holga extensively for the first few months, and then read about how you could adapt it to run 35mm film through, which was considerably cheaper than 120 film, and allayed my already growing concerns about the cost of photography with the Holga.

Going from 1000 photos a month with the Coolpix, to just 12 shots per roll with 120 film in the Holga was another major difference – in both the pace of photography, and the cost.

Cross-processing, close up lenses, film swaps, and other different avenues with the Holga followed, as my curiosity about the possibilities of film grew. 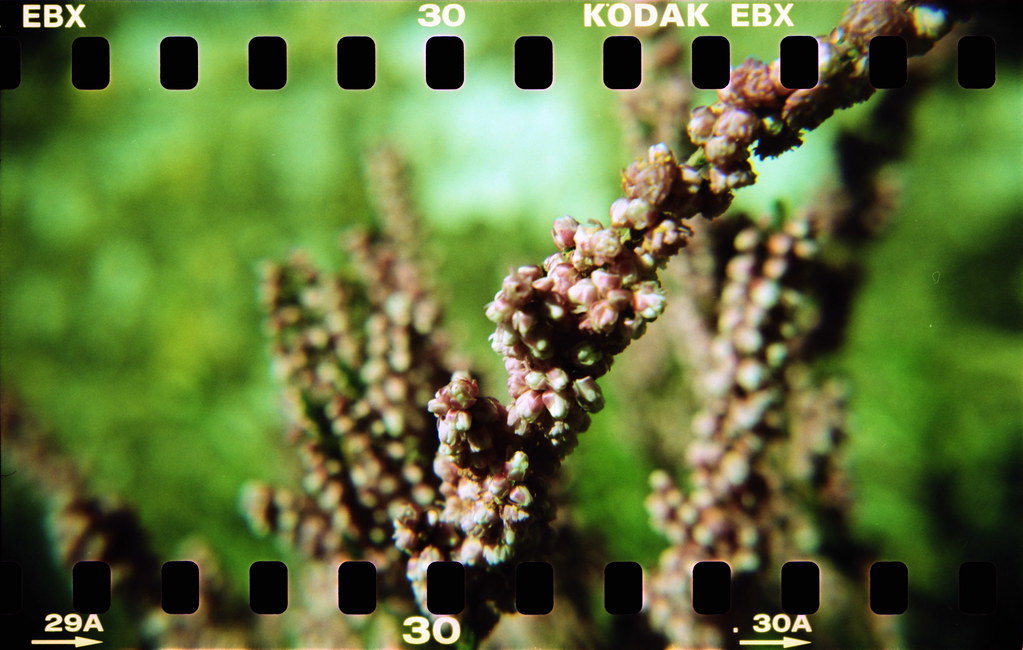 Ultimately, though my 35mm experiments with the Holga went well, this led to investigating native 35mm cameras, and over the next few years I ended up owning and shooting at least a hundred.

That, too, is a story for another time, if you haven’t heard it here already!

I’m not sure I would have got into 35mm film if it hadn’t been for the Holga, which again was so removed from shooting with digital compacts and phones to feel like an entirely different art form.

But how about you? What first attracted you to film photography – and when?

18 thoughts on “Film Photography – What First Attracted You?”