The internet is a great wonder of the modern world that’s transformed our lives.

Without it, I wouldn’t know 10% of what I do know about photography, or have owned and used maybe even 5% of the cameras and lenses.

But on the flipside, I’ve lost track of how much time, money and energy I’ve wasted online when I could have been out in the field making photographs.

Here’s a closer look at how the internet has specifically helped and hindered, enabled and crippled my photography in the last five or six years.

I’ve learn a vast amount from reading articles online, not just about the mechanics and art of photography, but its history, and the evolution of various brands and camera types, and more.

But when I think about the core elements of photography – how to use a camera, basic composition, the effect varying ISO, aperture and shutter speed have, and so on, I think first about camera manuals.

I remember going through a series of fairly basic Canon models (mostly SureShots) and each one have a surprisingly descriptive and informative manual.

These were 30+ year old manuals given away with affordable mainstream consumer cameras. And the core elements haven’t really changed since then. I didn’t need the internet, I could have just read one manual then gone out and practiced, practiced, practiced.

There’s a danger of information overload, and spending the valuable photography time we do have doing ever more research and reading, instead of using our cameras.

The internet gives us the largest shopping centre ever known, all in one place – the screen in front of us.

Aside from camera stores, sites that offer used kit like Gumtree, Amazon and of course eBay, are absolutely swimming with photography equipment, all too easy to make our own with a couple of clicks.

On the upside this has meant I’ve bought dozens of cameras and lenses that have brought me great pleasure and expanded my photography experience. 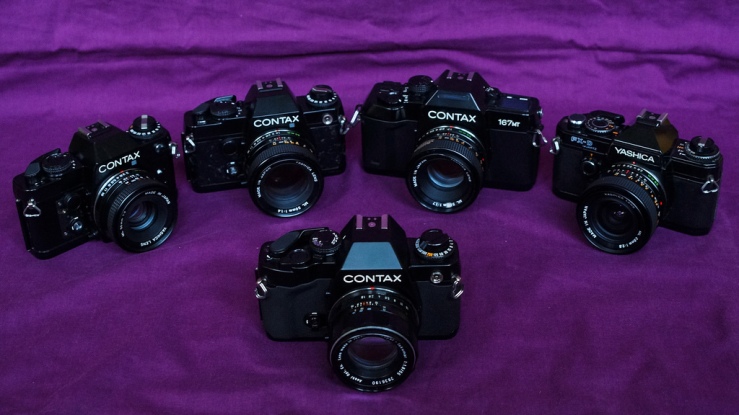 On the downside, I’ve spent hundreds more than I’ve needed to buying cameras and lenses that haven’t really offered me anything different.

Money I could have invested in film and processing, travelling, buying books or visiting exhibitions, all which arguably would have furthered my photography far more.

Not to mention the choice overload we’re faced with when trying to choose just one camera and lens to take out.

I’ve lost track of the minutes and hours I’ve been deadlocked in indecision and seen my opportunity to photograph disappear through changing weather or simply time passing whilst I struggled to choose.

Again the online stores give us a far wider choice of film – fresh and expired – than we would have just down our local camera shop, chemist or supermarket.

My favourite film, Fuji Superia 100, I’ve bought in batches mostly from Eastern Europe, and sometimes from ex-film photographers in the UK selling off their stash.

There’s nowhere local that stocks it, as it’s not been made for years.

Unfortunately, like a kid in a sweet shop, I got a sweet tooth for more and more film and as with cameras and lenses, having too much to select from can be paralysing.

Just three cameras, three lenses and three films gives 27 different combinations. Four of each gives 64. I don’t want to calculate any higher, or contemplate how the pinnacle of my consumption resulted in owning over 50 cameras at once.

The film I’ve shot most with turns out to be good old AgfaPhoto Vista Plus 200, rebranded Fuji C200, widely available for some years from Poundland for, naturally, £1 a roll.

Yes Superia 100 is amazing and remains my favourite, but Vista Plus 200 is super versatile and has given me colour, black and white, DIY redscale, and film soup experimental images I’ve been delighted with.

Just one film from just one store. Just £1 a roll.

There’s also the argument that by using just one film (camera, lens) we master our equipment far more quickly, know exactly how it will behave in any given lighting, and increase the probability of making consistently pleasing shots. 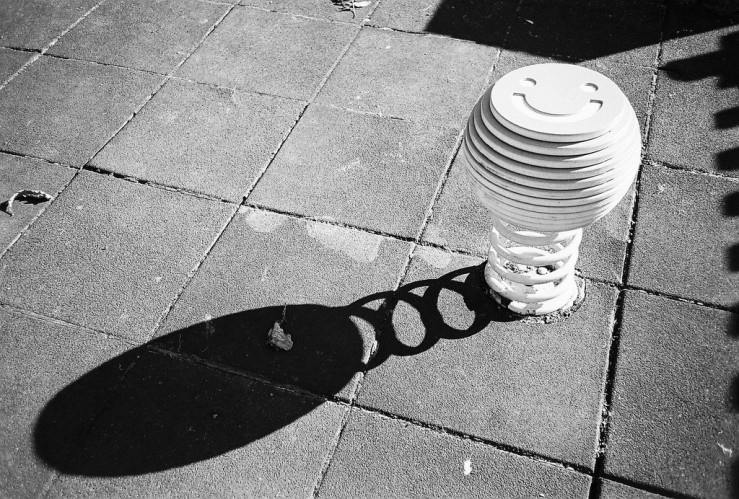 Mostly through Flickr, then this blog, plus a little through eBay, Instagram, PentaxForums, and other blogs, I’ve met some great photographers that I enjoy speaking with online.

I’ve also learned a great deal from them, about photography generally, from their images, and about certain brands, models and types of cameras. This is all brilliant.

But, again I wouldn’t want to count up the time I’ve spent say adding an in depth description about the camera, lens and film I’ve used (and why )to an image in Flickr, or adding thirteen hashtags to an Instagram post, to then have three people view it. 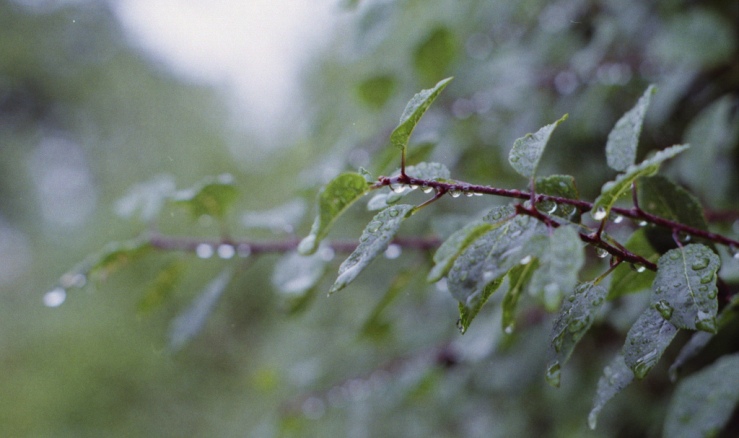 For example, I quite like the photograph above, but it has officially zero views, zero favourites and zero comments on Flickr! There comes a point where you have to question the investment.

That said, what you can never really measure is the effect of creating a cumulative body of work and conversations over time.

If I was brand new to Flickr, had no other online presence, and uploaded my first image today, I’d might get a handful of views, if that, and very likely no comments. Or maybe zero again. 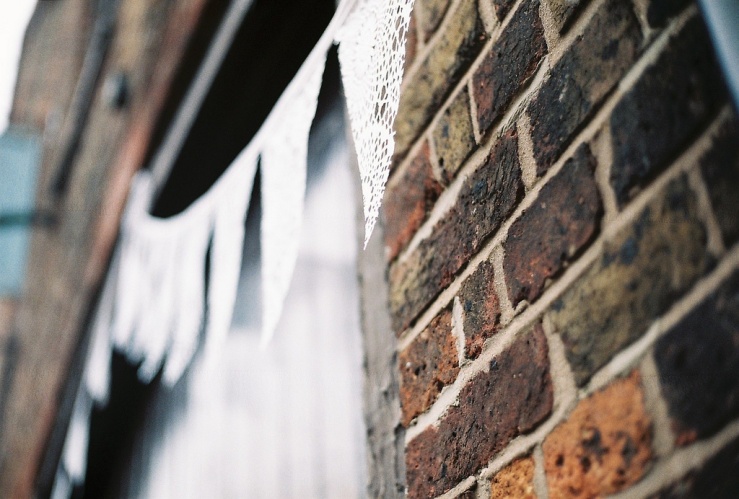 But because I’ve been on Flickr since 2009, and been uploading fairly consistently, my images overall have gathered a quite impressive (to me!) 1.1M views, and I now get around 1500 views a day across all my Flickr photos.

This total amount is only because of the volume of work I’ve uploaded in the last eight years, so we have to acknowledge that each photo we share (and each comment we make on other people’s photographs and blogs and social media) goes towards this cumulative weight over time that increases our reach and presence.

As you can see, I’m pretty torn about the internet.

I concede that overall it’s been fantastic for my photography – learning about the craft, its history, the evolution of brands, having access to a vast array of cameras, lenses and film, meeting and being inspired by other photographers, and finding a small audience for my photographs and writing about photography.

But I do despair at the time, money and energy I’ve spent online on activities and equipment that have slowed me down (and sometimes utterly paralysed me), and prevented me simply getting out and taking more pictures and improving as a photographer.

We can only try to learn from our past experiences of course, we can’t go back.

I’m pleased to report that the urge to buy is greatly diminished now I’ve found my favourite core kit (film and digital), and I do spend very little time browsing new (to me) stuff.

I’ve very recently purged my ridiculous film stock (200+ rolls in the freezer, which at the last six months’ shooting rate of about half a dozen film photographs a month, would far outlast me, my children and their children), so I now just have a small selection.

I limit my online social time mostly to occasions where I couldn’t really being doing much else photographically, like right now. As I type it’s pitch black outside and the kids are tucked up in bed, so aside from a few test shots of the Barbies and Stretch Armstrong and our cat lying about, there’s not much photographic opportunity.

A good time to write and connect.

Talking of writing and connecting, what about you? How do you feel the internet has helped and hindered your photography? Please let us know in the comments below.

13 thoughts on “How The Internet Helps And Hinders My Photography”