A trend I’m noticing in my own picture taking is a continual shift towards Irreversible Photography.

I’d define Irreversible Photography as making photographs that, once made, can’t be altered by any post processing or after effects.

My recent explorations into zero processing, and a move away from LightRoom to Hipstamatic have been significant steps, and I’m only just coming to realise how they’ve been pieces of a larger puzzle, which has also included my attraction towards a simpler and more consistent photographic arsenal. 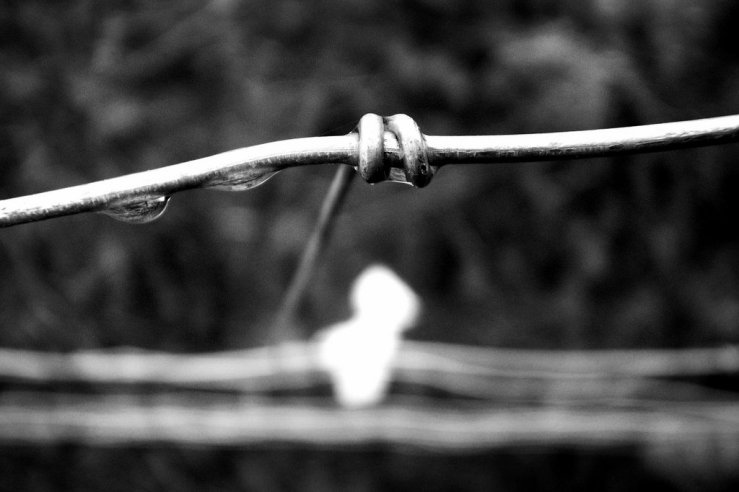 When any of us release the shutter – whichever camera is in our hands – there are certain aspects that cannot be altered.

The composition of the scene – how all the elements are arranged, and their relationship with each other.

The point of focus – where we chose (or the camera’s auto focus chooses) to make most sharp in the scene.

The depth of field – how much of the image (and which parts) are in and out of focus, dictated by the chosen lens and aperture. Yes this can to some extent be artificially manipulated by sharpening and blurring tools, but largely it’s fixed at the point of capture.

The amount (or absence) of motion blur – decided by the shutter speed we chose, how fast any moving objects were moving, and how steady our hand was.

Colour or black and white – whilst if you’ve made a colour image, you can fairly easily make it b/w, it’s not easy the other way around.

Beyond these fixed aspects, all other aesthetic features of an image can be digitally enhanced or altered.

But I’ve been trying to reduce, if not entirely eliminate these variables, so my approach is simpler and more direct.

So the image I make when I release the shutter is Irreversible Photography.

Why would I want to relinquish this freedom to further alter or “improve” the images?

Firstly, because I love walking and exploring with cameras, but don’t much like processing.

Call this laziness, or call it knowing what I like, and intelligently optimising my overall photography time so it’s as full as possible with the parts I enjoy most.

Second, because it reduces, even eliminates what you might called the Triple Fs – Fiddling and Faffing about in the Field.

If your camera is already set up how you it like before you leave home, you can then focus on the essentials – composition, light, texture… 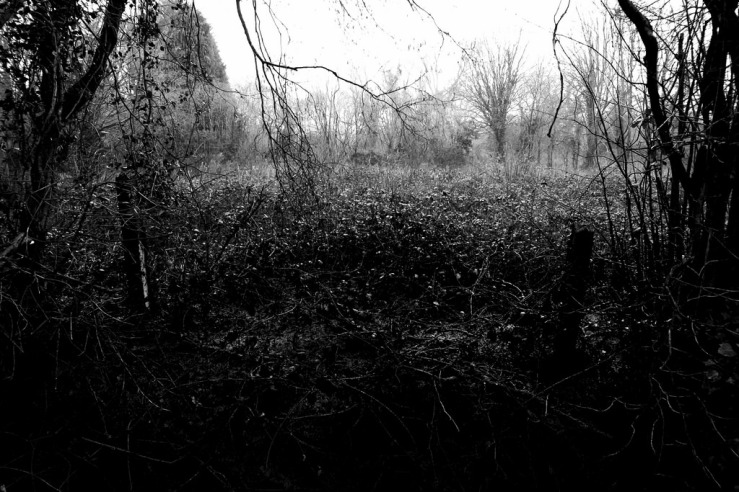 Third, it helps me get to know my equipment better, and faster.

Shoot 1000 photos at the same focal length with the same lens, and you soon get to know what works, and how that lens “sees” a scene, before you even raise your camera.

If we’re constantly zooming in and out or switching between multiple lenses, it takes far longer to figure this out, which leads to missed shots and a general frustration at our lack of focus and familiarity with our kit.

Fourth, it enables us to develop a consistent look and feel and style.

Without every image being shot with a different camera/lens/film/subject/colour/preset etc, and looking completely unlike the last one.

Sticking with one or two cameras and lenses rather than keeping buying more to see if they might finally be the perfect camera/lens you’ve been looking for (but doesn’t actually exist), is much easier on the finances. 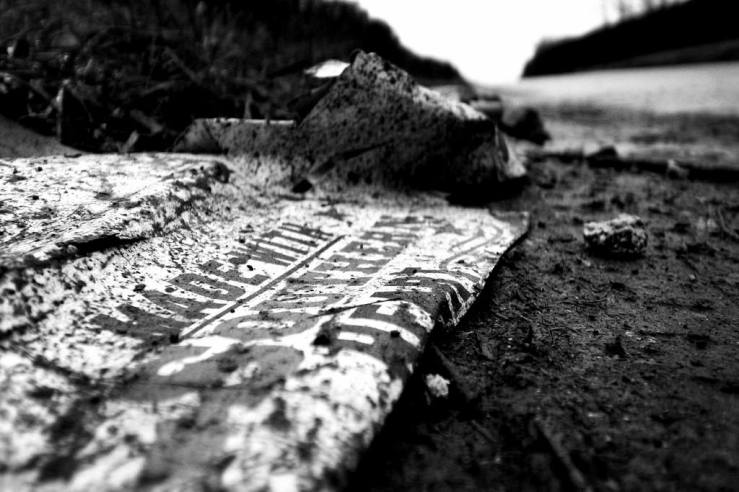 How do I get closer to Irreversible Photography?

The last few months I’ve been using a couple of Ricoh digital compacts almost exclusively, the GRD III and GX100. I have them set up pretty much the same, so in reality the main difference between them is the GRD has a very sharp 28/1.9 prime lens, and the GX100 has a 24-72mm zoom, which I use mostly at 24mm.

With the GRD this means the images out of camera can be used with almost zero processing.

With the GX100 the in-camera control over contrast and saturation is slightly less, so they need a fraction more processing, but still only a matter of seconds with the iPad/Hipstamatic combo.

I only change this if the AE! warning flashes because the shutter speed has maxed out, and then I’ll go down a stop or two.

Again, using the widest aperture a choice to limit things further, and get to know the cameras better.

I know that at most distances because of the small sensors and wide angle of the lenses, I’ll get quite considerable depth of field. I also know that if I force the camera to focus close up (both focus down to 1cm!) I can get a shallow depth of field, for when I want that kind of look.

The only decisions I really make, aside from those key ones I mentioned such as which composition, light and texture to capture, are which camera to take (24mm or 28mm, essentially) and whether to shoot b/w or colour.

The opposite of irreversible photography I guess is using a digital camera with an epic zoom lens, auto bracketing everything from ISO to exposure to focus, and continuous shooting 100 variations of every composition machine gun style.

Then taking the images to LightRoom or similar and tweaking 97 different variables and using two dozen different presets until you get something you love. About three weeks later.

But then change your mind over and go back to the look you first came up with in the first five minutes.

So for me, for the foreseeable future, Irreversible Photography is where I’m at.

I expect I’ll also be looking at ways of making it even more irreversible than it is now.

How about you, do you practice Irreversible Photography?

29 thoughts on “Irreversible Photography (And Why I’m Embracing It)”