Unless you develop and scan black and white film yourself, the costs can be high, and unfortunately put the format out of reach for many of us.

But what if there was a far more affordable way to make b/w photographs?

When I started film photography with a Holga 120N, everything was unknown, it was a wild new frontier.

Among the unknowns was a blissful ignorance the cost of film (mostly black and white), and film processing.

A few rolls in, I realised if I wanted to shoot more than a roll or two a month, I’d need to find some more affordable options. 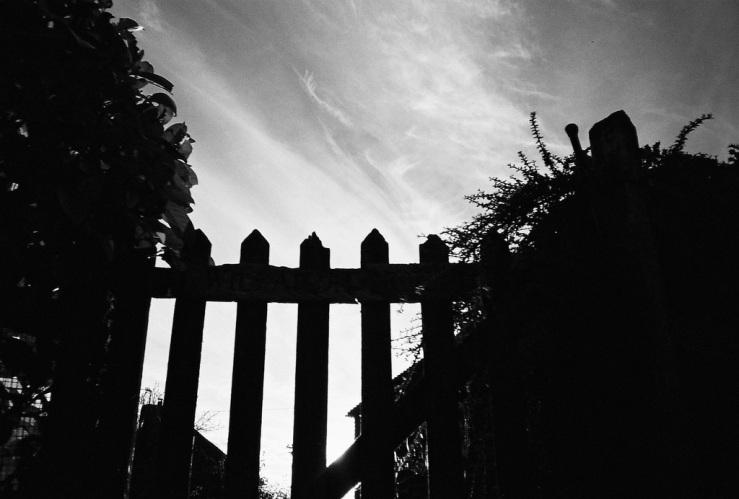 So I modified the Holga to take 35mm film, and started to explore 35mm cameras, beginning with the Smena 8M.

But whilst shooting b/w 35mm film wasn’t as costly as 120 film with the Holga – and I could now get 36 exposures per roll instead of 12 – my monthly photography budget was still getting blown only a week or two in.

So I largely switched to shooting colour negative film, mostly AgfaPhoto Vista Plus 200 bought from Poundland for, yep, £1 a roll, or batches of cheap expired film.

But I missed black and white film, especially when I was going through phases of shooting in b/w almost exclusively with digital cameras and wasn’t seeing the world so much in colour.

In the end, I decided to try shooting colour negative film and having it processed as usual, then making a simple conversion to b/w afterwards with the scanned images.

Initially I did this just with Apple’s standard photo viewing app, Preview, then latterly used LightRoom.

This approach gave me a way of making b/w film photographs, but with far more affordable film and processing costs via a supermarket lab.

Some points to note –

– When I set out to shoot b/w, even if I was using a colour film which I was going to convert afterwards, I committed to a b/w outcome from the start.

This meant I ignored colour, and looked for the kind of compositions and scenes and light and textures that I thought would work better as b/w images.

What I didn’t do is shoot a roll of colour film, then for any of the shots that didn’t work out so good, try a b/w conversion to see if I could “salvage” them. It was b/w or bust from the outset.

– If you’re a regular reader you’ll know I’m not keen on post processing.

These days I use two or three presets in Snapseed for my digital photography – or just stick to cameras that give excellent b/w images straight out of camera, like my Lumix LX3 and Lumix GF1.

So when I was shooting colour film and converting to b/w, it was a very simple desaturation process. I wasn’t adding grain or contrast or changing anything else. My view with film is if you’re going to radically post process the images by digital means, you might as well shoot with a digital camera in the first place and save yourself some money.

My b/w film images then, retained the naturally inherent grain and look of film, but of course without the colour.

– I’m quite a purist in many aspects of life, and as mentioned above, didn’t like to mess much digitally with film photographs.

But I know some photographers would be aghast even at the thought of converting colour photographs like this as a means of creating a b/w image, and would insist you must always use “proper” b/w film and have it processed (or do it yourself) accordingly.

Each to their own.

I just found that this approach gave me the option to make b/w photos with the intrinsic charms of film (and film cameras), without breaking the bank.

All the images in this post were shot with colour negative film and converted to b/w with Preview or LightRoom.

Hopefully this gives you some other options to think about if you still like to shoot film and make b/w photographs, but are finding it too expensive.

Thanks to Alan at Canny Cameras for prompting me to think about this approach again.

How about you, do you only shoot “pure” b/w film, or have you also experimented with converted colour images?

Please let us know below, we’d love to hear your experiences (and remember to tick “Notify me of new comments via email” box to follow the conversation).