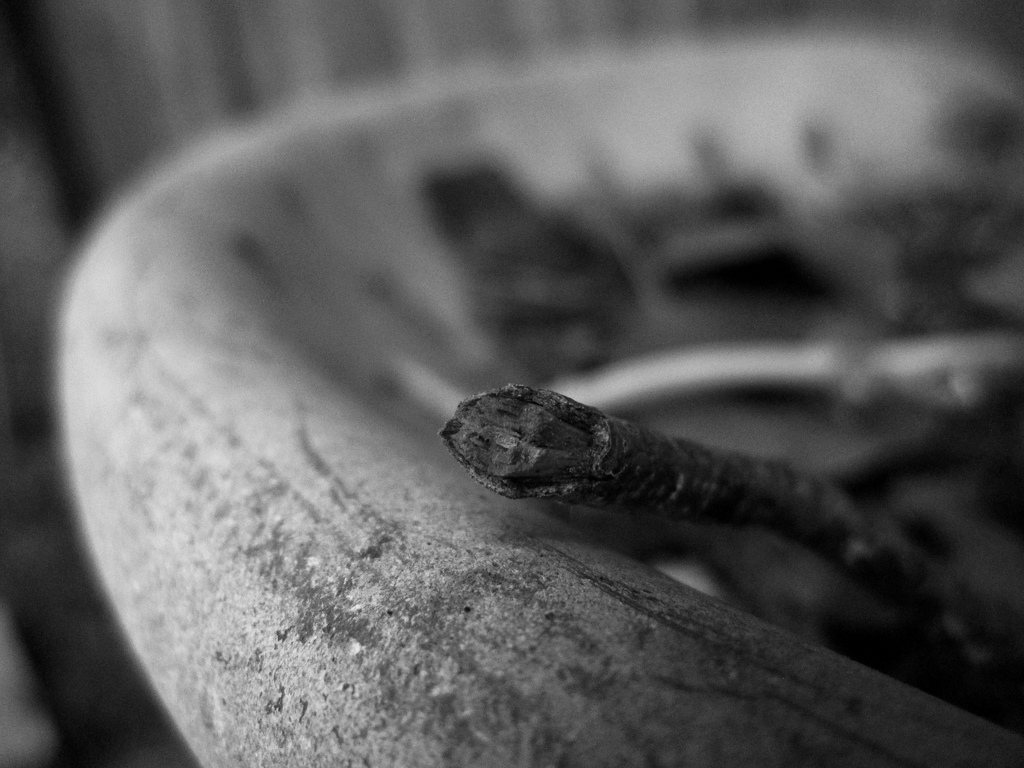 So, half way through the first month of this one month one camera project, you’ll recall I chose the  Canon Digital IXUS 870 IS for January.

In fact, once I solved the rather slippery handling issue with a few centimetres of grip tape, there’s only one minor niggle I can think of so far.

Although the camera remembers virtually all of your settings after turning it off, the only thing it seems to reset is the AF mode, back to “normal”. This I’m sure covers the typical photographer and target customer for the IXUS for probably 95% of their shots, so I understand why it resets.

(It reminds me of the Olympus XA2, which does the same, though mechanically rather than electronically, when you slide the cover closed).

The other two focus options are AF Macro, for subjects 2-50cm away, and Infinity, for 3m to infinity.

Personally, with my shooting style, I use the AF Macro mode more often than not, and often like to get within 20cm of subjects.

So if the camera switches off, when you switch it on again, you have to choose Macro again. No big deal, it’s two presses of a dedicated button, and as I said when this is the only real niggle I can think of, it speaks volumes about how impressive the little IXUS 870 is.

All I’ve changed since my first post about the camera is shooting at ISO800 instead of ISO400 on the b/w mode, just because it gives the images a bit more noise and grain, which I like with b/w, and for me suits compact camera photography. 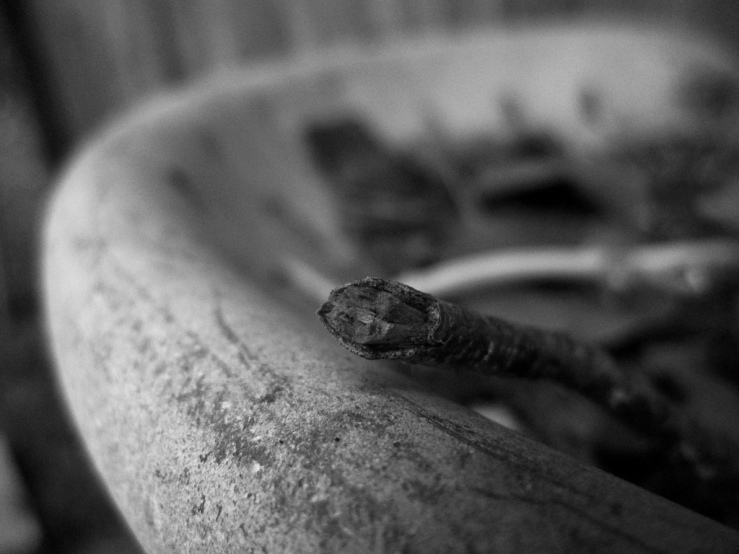 That said, I really like the photos the IXUS makes, and as mentioned before, with a little tweak to saturation and contrast I’m using the Custom Color [sic] mode for colour images straight out of camera. The Ricoh can’t do that! 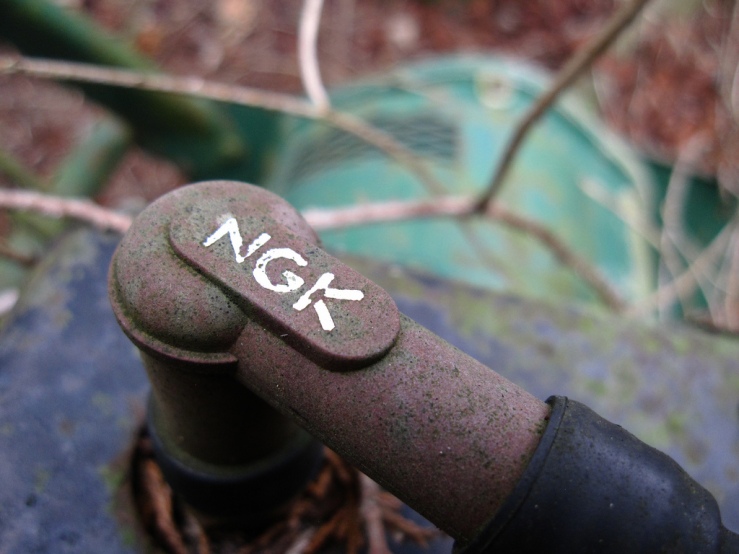 Some further thoughts on this one month, one camera project so far as a whole.

A month feels like a long time with one camera.

This is to be expected I suppose, as even with just five or six cameras, I still alternate between them quite regularly.

Take my Ricoh GX100 or GRD III, or Lumix LX3. I never think twice about adjusting the settings, as I already spent a while experimenting in their early days, and have them set up to my preferences.

The GRD III has a fixed lens of 28mm equivalent and whilst the other two are both zooms, I have them set to 35mm and hardly ever touch the zoom control, so they may as well be prime lensed.

This does sometimes impact the flow of how I see images. I usually prefer to have either colour eyes or b/w eyes in on any one photowalk then look for compositions, textures, colours etc that suit colour or b/w better.

But this is partly because the IXUS is still new to me. In time, I would be familiar enough with both set ups to just choose one per photowalk and commit to it, in effect making it two cameras to choose from, rather than one. Talking of which…

I love not having to think about which camera to use each time I go out.

In other words, because I’ve already made the decision on the first of the month to use one camera the whole month, I don’t need to debate the choice again every time I reach for a camera. This is a huge thing for me, and saves much time and unnecessary mental gymnastics.

The only real decision is whether to shoot b/w or colour, which is dictated by the season, weather, where I’m going, my mood and so on. 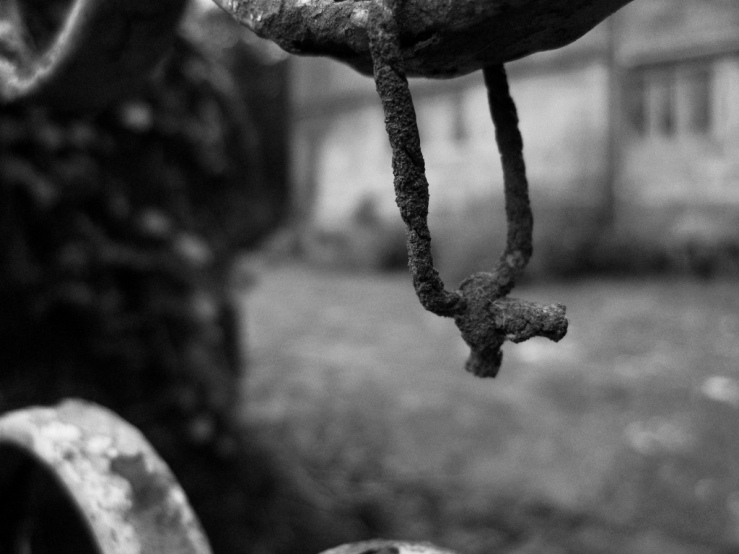 The IXUS is pretty much ideal in size, small enough to disappear in my hand or a trouser pocket, but large enough to handle well (after grip taping!), for the screen to be more than adequate (in fact quite excellent) and the buttons are few, and not overly small or fiddly.

Now even my relatively humble and compact micro four thirds Lumix GF1 – which I use predominantly with vintage M42 lenses – feels so unnecessarily bulky, heavy and almost over-equipped.

Focal length is not quite as important as I used to think.

When I got the IXUS 870, I gave the spec a cursory glance, and noted the fairly fast f/2.8 lens. I assumed the focal length (in 35mm terms) would be around 35mm at the wide end – as most digital compacts are – and gave it no further thought.

Then looking at the spec in more detail to find the sensor size stated above, I realised the focal length is 28mm at its default widest. (I don’t touch the zoom, always just shooting at its widest.)

This is the same as my Ricoh GRD III, but somehow the Ricoh feels wider. It surprises me that I though my ideal focal length for a compact was 35mm, and I sometimes find the GRD a bit too wide, I haven’t thought that at all with the Canon.

Of course the difference between 28 and 35mm isn’t vast, but I just thought I would realise sooner with the Canon!

Embrace each camera for what it is.

Following on from the above, if I had realised about the 28mm lens from the outset, I might have tried to figure out how to zoom the lens to 35mm, like I did with my Lumix LX3 and activated the zoom memory so it never changes from this.

But once I’d figured out the basic controls and set up, instead I just set about shooting with the IXUS and trying to get the best from it.

A similar variable is aspect ratio. I wrote about this previously, again when I was more concerned about the numbers, and how after shooting at 3:2 with 35mm film for years I was trying to embrace the more typical standard 4:3 of compact digital cameras.

The Canon has various image quality settings, but all are the same 4:3 aspect, except a 1.78 / 16:9 “widescreen” option, which I haven’t yet used and likely won’t.

In my experience, the more you can just “set and forget” with a camera – or better still leave it on its default settings – the more invisible the camera becomes.

Rather than constantly fiddling with buttons and rifling through menus, you just hunt, frame, shoot.

Which is the kind of very pure and simple photographic experience I’ve come to love so much. 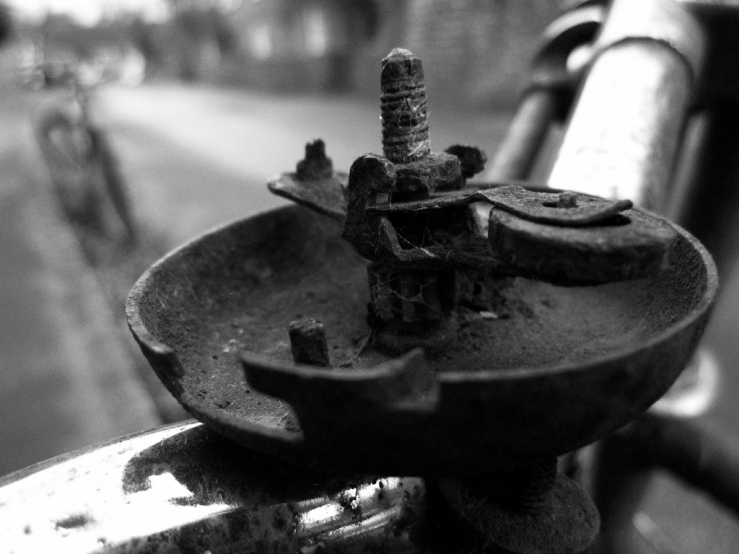 Canon have finally won me over.

With film cameras, I had two or three Canon SLRs and perhaps 10 compacts. All performed well and were very capable. I recommended one of their EOS bodies more than once as the only SLR you need.

But none of them really excited me, there wasn’t the personality I experienced using a Pentax or Contax film camera. They were very bland, too vanilla.

The IXUS doesn’t exactly thrill me to giddiness, but it does two two things no other Canon camera has really done.

First, make me smile when I look at it, because I know I like using it and how it performs, and second, it feels like a companion, an eager, willing and devoted comrade in our photographic adventures.

The fact that it only cost £15 makes me smile even more, and proves again you can photograph with an almost zero budget.

I’ll likely write another final post about the IXUS 870 when January is over, and include a few more photographs.

How are your photography plans for 2019 panning out so far? Please let us know in the comments below.