In my One Month, One Camera (OMOC) project, March ended 10 days early for the Panasonic Lumix LX2.

This was not because I didn’t like or rate the camera – I did – but because the original overall purpose seems to have reached a natural conclusion.

My aim was to see if I could spend a month with just one ageing digital compact that cost £20 or less, enjoy using it, and make some pleasing pictures with it.

Which I feel I achieved with all three candidates I chose.

Going into April then, I want to experience the benefits of OMOC – increasing my familiarity and bond with just one camera and decreasing indecision about which camera to use – to one I already have, but haven’t yet explored too much.

Keeping the Lumix theme, April’s camera is the Panasonic Lumix DSC-GF1, a micro four thirds (M43) mount camera from 2009 (yep, I’m still not interest in anything too new or modern!).

It’s smaller than a DSLR, but chunkier than something like my Lumix LX3 and Ricoh GRD III, and certainly much bigger than the tiny Sony DSC-L1 that’s so impressed me.

But the GF1 remains small and light enough to carry in your hand with a wrist strap for a couple of hours on a photowalk and it not feel a chore.

Compared with the cameras I’ve used so far this year, the GF1 generally offers more in every sense, not just the overall size.

However, I still class it on the simple side, and within my limits of over complication.

A basic test for the complexity of a camera is how easily and quickly can I set the camera up for my shooting style, and if I can do it without resorting to the manual. 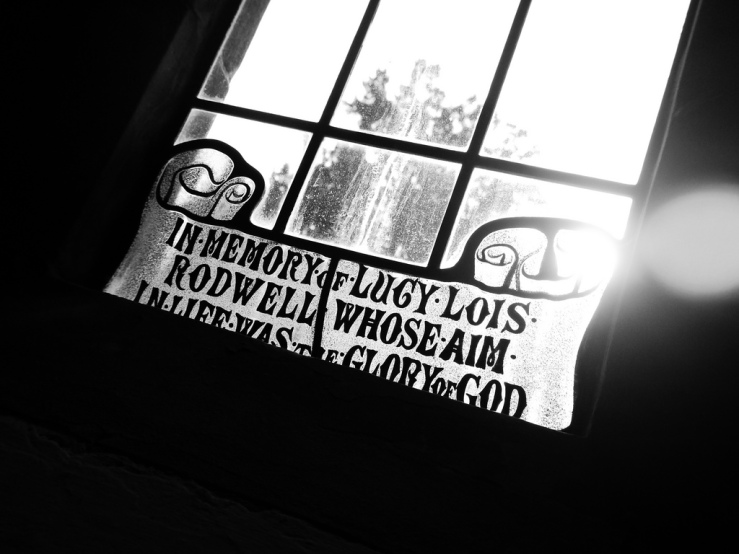 I generally favour single shot and Aperture Priority (Av) (how to choose this mode, plus how to adjust the aperture once using it), then I like to have immediate access to ISO, AE lock, colour modes (Film Modes, on the GF1), and exposure compensation.

All of these are straightforward with this Lumix, and aren’t much different to the LX3 or indeed even simpler TZ2 from last month.

In fact I think the only setting I did consult the manual on is the image stabilisation, as it’s not clear from the menu what modes 1, 2, and 3 each do.

It turns out that mode 1 means always on, 2 is on only the instant the shutter is pressed, and 3 is vertical stabilisation only for panning shots. So I set it mode 1 and forgot about it.

I’ve had the GF1 perhaps 18 months, but not used it anything like as much I’d have liked.

Initially I wondered if it could be my one and only camera.

It offered much of the compactness of a digital compact with an AutoFocus (AF) lens, but added to this the interchangeable lens aspect. I could have just a kit zoom, or specific prime lenses. Or both.

Furthermore, due to the wide availability of adapters, it’s easy to use vintage lenses originally made for 35mm film cameras on Micro Four Thirds bodies.

My particular interest was in the M42 to M43 adapters, allowing me to use my beloved old M42 lenses like Zeiss, Helios and Takumars, with the convenience of a modern digital camera.

Vintage lenses on a digital body isn’t a new concept to me – I’ve done it extensively previously with a Sony NEX 3N.

There was much to like about the Sony – adaptability, size and weight, the convenience of digital, image quality, tilting screen and focus peaking.

Yet it fell frustratingly short in other ways.

The images were too digital and clinical (which became even more apparent after I started using a Pentax K10D with its lovely CCD sensor, made by Sony, ironically!), the colours were disappointing, there was no way to tweak images effectively in camera which meant I was constantly fiddling about in LightRoom,  and the already awkward handling was made worse using vintage lenses with adapters.

So the GF1 promised to deliver on two fronts – a compact(ish) AF digital and a body to capture new images from my lovely old M42 lenses.

Indeed I didn’t have a native lens for perhaps a year and bought just the body plus the M42 > M43 adapter and explored the old manual lenses.

In time I wondered again if it could be my one and only camera, so invested in a native lens, the rather compact Lumix G Vario 12-32mm zoom.

This makes the camera vastly more compact and light compared with using vintage M42 lenses plus the adapter.

The first, a light, fast, more capable than I probably ever need AF body with a lens that goes from 24-64mm (35mm equivalent, the crop factor with M43 is 2x, so the 12-32mm lens becomes 24-64mm), comfortably covering my usual range of focal lengths.

In fact in practice so far I’ve been using it almost entirely at 34mm (the lens barrel has approximate markings, plus I used the same technique for calculating the focal length as with my Lumix TZ2) which gives me f/4 as the maximum aperture at this 34mm.

Initially I thought this might be a little slow, but in practice I’ve set it to f/5.6 as the default and only needed f/4 a few occasions.

And the second camera the GF1 offers is with the vintage lenses, combined with the very decent screen, plus the option to magnify any part of it to aid the manual focusing too. T

This is of course slower than the very zippy 12-32mm AF lens, but replicates pretty well what I’m used to with these lenses on film bodies shooting aperture priority or fully manual.

With both lens options I’m making good use of the excellent Film Modes, including the Dynamic B/W mode it shares with the Lumix LX3, which gives me very pleasing b/w images straight out of camera.

I plan to explore the colour Film Modes too, which can all be tweaked further too, so hopefully I can find create some satisfying colour images in camera too.

So that’s April lined up.

I’ll post periodically throughout the month with experience updates and further photographs.

Have you use Micro Four Thirds cameras? What have been your experiences?