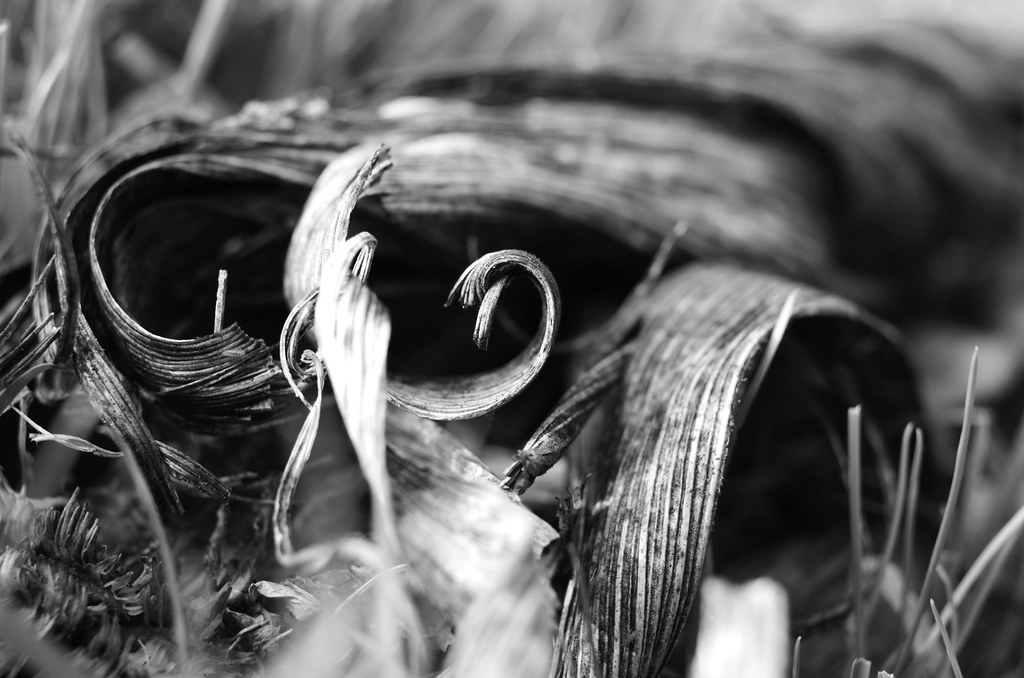 If we’re going to have multiple cameras, there’s little point in having half a dozen that feel and perform essentially the same.

Using my Pentax K30 DSLR the last few weeks has reminded of this once more.

Here’s the story of how.

Back in July I used my new (to me) Pentax K30 for the whole month, as part of my One Month, One Camera experiment.

Despite the K30 being a pretty fantastic camera, and it being the most modern and sophisticated DSLR I’ve used, I couldn’t quite get over the shock of how tricky it was to shoot with, specifically in terms of metering.

I decided to retreat and simplify, and returned to using a trusty old 6MP CCD DSLR, the Pentax K100D.

Then a couple of weeks later, I came across an example of its 10MP successor, the K-m.

Both of these cameras delight me, and for the last perhaps eight weeks, I’ve been alternating between the two of them.

Not being someone who likes having stuff around that isn’t being used though, I took a long hard look at my K30 on the bookshelf with its two Pentax siblings.

And decided it was too good to not give another chance, despite the erratic metering. 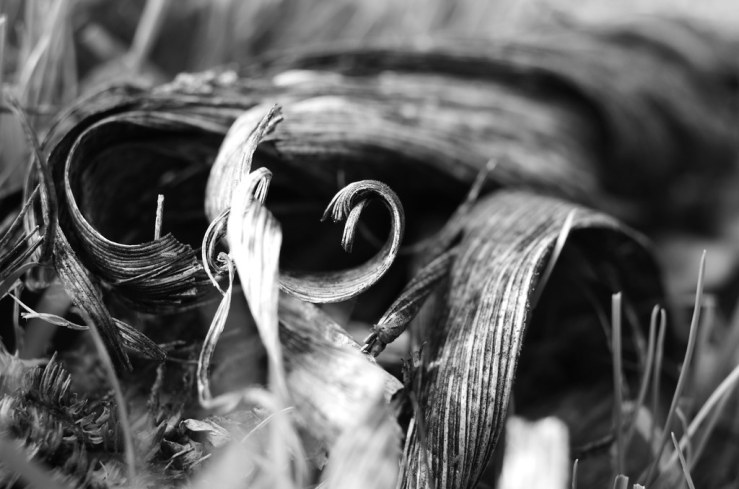 As the K100D and K-m deliver beautiful colours straight out of camera, there’s no need to try and achieve something I like as much with the K30.

I don’t think it’s possible, mostly due to the different type of sensor, CCD versus CMOS.

There’s a reason Pentax Forums has threads devoted to those still using and favouring the old CCD sensor cameras.

So I stuck with black and white, and used the K30’s in camera b/w mode, with the contrast notched up from the default.

I also chose ISO800 and set the image size to 8MP, as I previously decided I needed to dumb down and dirty up the JPEGs it produces.

There’s no hiding from the fact that the metering was still a challenge!

In one photowalk I went between -1.3 and +0.7, ie a two stop range in total, to get images that were well exposed (to my eye, and by the judgement of the K30’s “blinkies” and histogram).

And this was with the same lens – start switching lenses and the metering is even more variable.

I still can’t quite fathom why the metering is considerably inferior to the older K100D and K-m, and they’re not fantastically accurate by any means. But at least I know what to expect when I pick up the K30. 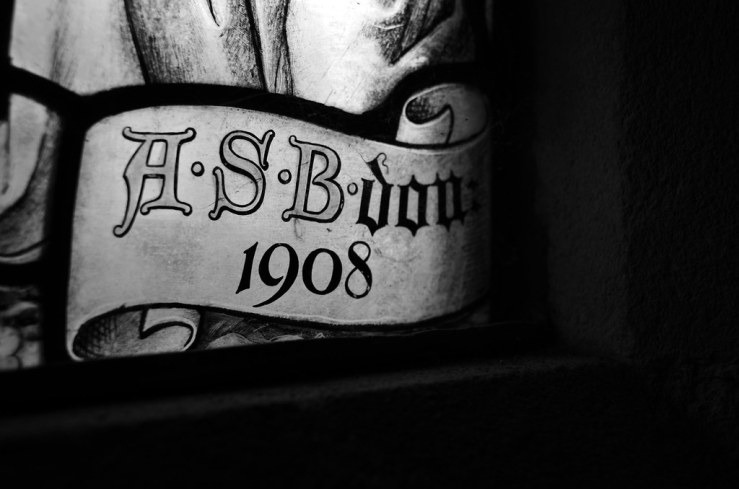 Metering “challenges” aside, the K30 is great to use.

The size and handling is about as ideal as possible for a DSLR (very similar to the K100D and K-m), the screen is plenty big and bright and clear enough, and the viewfinder (VF) is probably as good as in any DSLR I’ve used.

As I’ve adjusted to the K100D’s and K-m’s perfectly adequate VFs, returning to the K30’s gave a noticeable step up in clarity and brightness.

I did find that the K30 seems to struggle to auto focus more than the older models, at least with the Pentax-F 35-70mm lens I was using.

It just takes a while to settle if the light isn’t great, hunting in and out frantically, and on occasions I was letting the camera get close enough, then using my tried and tested rocking method for precise focus instead.

Surveying the resultant photos, I was pretty happy with the K30’s output.

They looked similar enough (in b/w) to those I’ve made with the K-m (via its in camera b/w mode), the K100D (shooting in colour then converting to b/w with Snapseed) and other, more compact cameras.

But then I wondered what I was doing.

Specifically, what is the point of shooting an apparently more capable and higher resolution camera – a camera that was £650 in its day (and is still around £150-200 used now) – if I was just trying to emulate the photos I can make with older, “lesser” cameras.

It’s like buying a sports car just to drive to the local supermarket, or a high end MacBook just to answer email on.

Why not just use those older cameras, which, in the case of the K100D and K-m, I enjoy more than the K30 anyway?

So I decided on a change of tactic, to try to find the K30’s unique place and purpose amongst my camera arsenal. 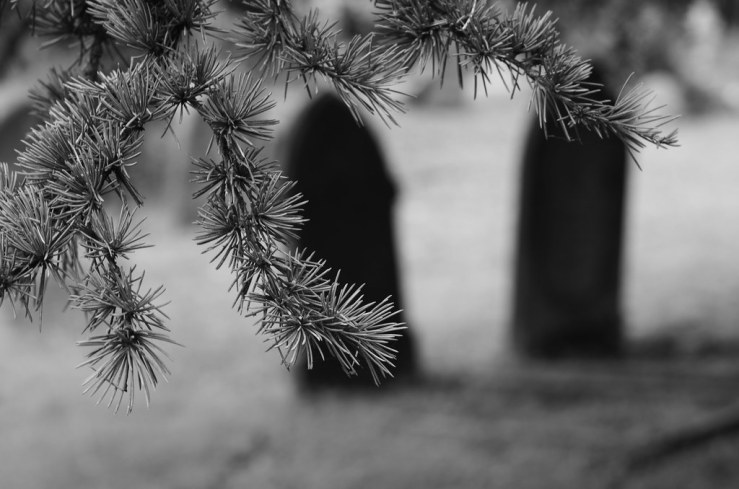 Thinking about what the K30 could do, but the K100D and K-m couldn’t, the most obvious difference is Live View (LV).

In other words, you can compose and shoot using the screen on the back of the camera, instead of the viewfinder (VF).

I recalled from my initial month with the K30 that the metering using LV was far more stable and consistent than using the VF also.

With LV of course, what you see is what you get, so any changes in exposure (using the exposure compensation buttons) give immediate feedback.

You can adjust before you shoot, rather than shoot, adjust a bit, shoot again, adjust a bit more, and so on, until eventually you get the right exposure, as with using the VF.

For me, LV also works better with lenses that need to be stopped down manually, because again you get that direct feedback.

What you see in the screen is how your final image will look.

With this in mind I decided to dust off a couple of my old M42 lenses again, the Asahi Auto Takumar 55/2 and Carl Zeiss Flektogon 35/2.4.

Using LV with a DSLR instantly shifts my approach, compared with using a VF.

The immersive experience of using a VF isn’t there to the same extent, and the way I handle the camera is different – especially when getting low down for the kind of photographs I couldn’t get to with a VF camera.

In effect, the K30 then became a highly capable compact digital, with the ability to change lenses, rather than a DSLR with the inherent features I typically use a DSLR for  – the excellent handling and immersive viewfinder experience.

In terms of camera controls, I kept it fairly simple.

Aperture Priority mode as usual, and I went with auto ISO, setting the range to 100-400.

This meant where there was plenty of light the K30 would happily use its native ISO100. When the light was less, it would drop the ISO before it dropped the shutter speed into the realms of potential camera shake.

Even at ISO400 the K30 is very capable, plenty good enough for my needs, so this worked well.

Then I just focused and set aperture on the lens, and adjusted exposure if necessary using the exposure compensation dial.

This approach with the K30 has proved to be something of a breakthrough. 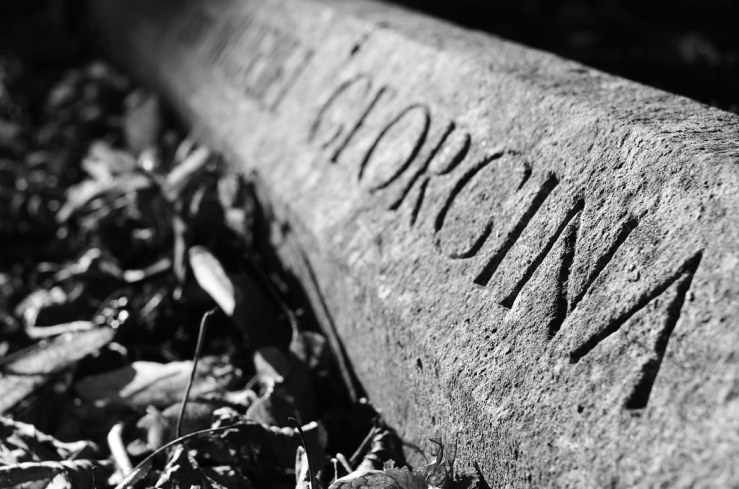 Instead of using it in exactly the same way as cheaper, older cameras, to get the same kind of results, I’m taking advantage of some of the features that make it unique amongst my three DSLRs – and indeed across all of my cameras.

Also, having tried my M42 lenses with the K100D and K-m and still found it too fiddly (using a VF), it’s very pleasing to find a way to shoot these lovely old lenses in a way that seems natural and fluid, on the K30.

(Which also now makes my Panasonic Lumix GF1 redundant, as I prefer using the K30 for M42 lenses.)

The only downside I found with Live View was battery consumption.

Using the VF I can shoot for a long photowalk of 90-120mins and perhaps up to 150 shots, without running out.

Using LV constantly I just about managed 50 shots, over the course of about an hour.

This is an easy fix though. I can either get another lithium battery or two with for the K30, or invest in the adapter that lets it use AA batteries in the same cavity.

As the K100D and K-m both use AAs, I have two decent sets (Duracells, and Eneloops), so this might be a better option.

Going forward, whilst I won’t always use M42 lenses, I do expect to use Live View, auto ISO capped at 400, manual focus, and aperture priority with the K30. It just seems right.

Can you recall a camera where it took you a while to find its unique place purpose, something no other camera you had could do?