Our recent conversations around grain and noise in photographs yielded some interesting offshoot topics.

One of these was around the general standard of digital scans of 35mm film, and how the vast majority of digital images made from film negatives don’t give a fair representation of the high quality possible with film, and just how wonderful film photographs can look.

But is the final image quality possible with film – with professional developing, scanning and printing – a major factor people still use film in 2019?

Perhaps. In fact certainly, for some.

I haven’t shot a roll of film for two years, but shot hundreds of rolls with at least a hundred cameras in the five years prior to that.

The main reasons I don’t shoot film any longer are the low cost, convenience, and small size of the digital compacts I favour these days.

But if I was going to put up an argument to still shoot 35mm film in 2019, these would be my main points –

1. To use vintage film cameras.

After exploring perhaps 50 SLRs, my favourites I settled on were the Asahi Spotmatics in M42 mount (specifically the F), the Pentax M range (the ME Super gets most of the limelight but I like the simpler I like the simpler MG and MV just as much and they share 95% of the DNA), and the Contax 139 Quartz.

Each of these, but especially the Spotmatic F and Contax 139, are sublime to use, and feel like finely engineered tools of artistry. Which they are!

As much as I love my digital cameras now, they don’t feel anything as good as the glass and metal majesty of these vintage classics. This alone is a fantastic reason to make film photographs.

2. To use vintage film lenses.

My favourite ever lenses are in M42 mount. Those I still have now pretty much represent my favourites I’ve ever had.

The Helios 44-2 58mm f/2 with its preset aperture, underrated sharpness and swoonsome bokeh.

The Super-Takumar 55mm f/1.8, probably the smoothest lens I’ve ever used, with image quality to match. (In fact I’ve never used a Takumar that wasn’t a joy ).

Well worth a mention are the fantastic Minolta Rokkors. I’ve had a number of 50 and 55mm f/1.4 and f/1.7 lenses that feel almost as good as a Takumar and are pretty much on par in the final image too.

As well as Pentax’s later M and A range of lenses. A Pentax-M 50/1.7 is compact, lovely to use and will deliver time and time again.

There’s no comparison between any of these and the plastic digital lenses of today, especially in physical feel, and the character of the images. It’s an excellent reason to use them with the original film cameras they were made for. 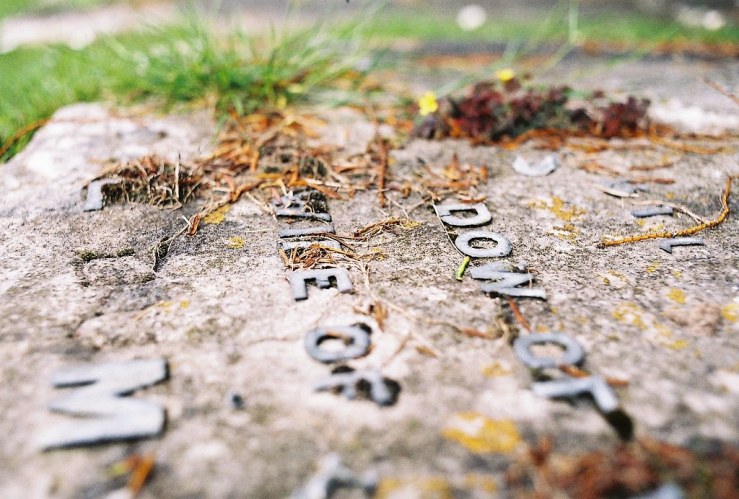 This sounds kind of obvious, but the look of film still has its unique charm. There’s a reason why brands like Fuji have emulations of their own old films in-built with their digital cameras!

Perhaps for me even more than this though is the physical aspect of 35mm film.

Unpacking a box of film, removing the canister and loading it into the camera, winding it on after each shot, rewinding at the end and removing it from the camera like a tiny cylindrical treasure chest of your favourite captured moments yet to be rediscovered. There’s no digital equivalent.

The packaging itself is wonderfully endearing too – the colours, the logos, the typefaces. I can fully understand why some collect vintage film purely for the aesthetics, and with no intention of running it through a camera.

When’s the last time you looked admiringly at the design and charm of the label of an SD card?

Everything about film is slower. Loading the film in the camera and winding on after each shot. Composing and focusing with manual focus lenses. Waiting for the results to come back from the lab days, perhaps weeks or months after you first released the shutter.

In today’s instant gratification evolution hyperspeed generation, the slowness and deliberateness of film is not just refreshing, it’s an essential oasis, and a rare and glorious retreat. 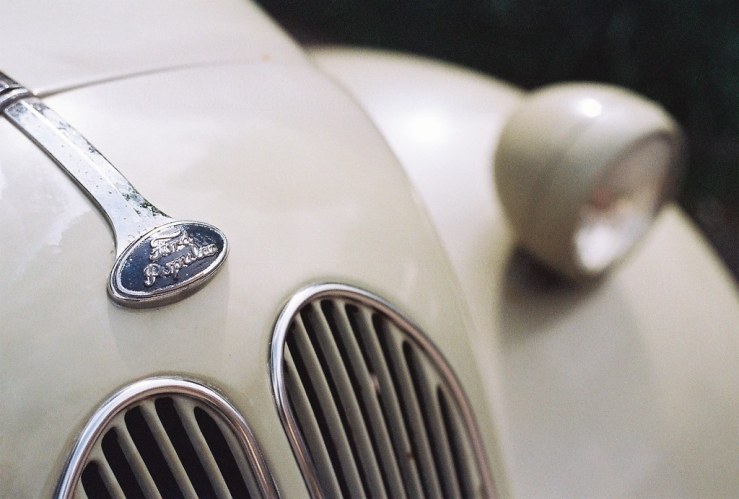 5. To emulate and honour our ancestors.

Virtually all of us had past members of our family who made photographs. Even if not with any artistic ambition or inclination, we all have photos of us as children, of our parents before we were born, perhaps of their parents and even beyond.

To anyone over about 25, these images were made on film, and for most of the 70s, 80s and 90s this would have almost certainly been 35mm film.

So by using 35mm film yourself today, it follows that lineage, and relies on much the same technology and techniques your ancestors used 30, 40, 50 or more years ago. Especially is you’re using the same cameras and lenses from the period too.

The fidelity of the final image is only the beginning with film.

And unless you’re planning to use (and pay for) high end professional services to develop, scan and/or print your film photographs, it’s not likely the first reason you’ll use film either.

But one or more of those I’ve suggested above might well be.

How about you? Do you still shoot 35mm film in 2019? What are the three main reasons for you?