A very brief recap of my photography adventures since I started shooting with intention around 2005, looks like this –

2005 – 2011 – Used phone cameras (mostly Sony) to learn how to compose and find my favourite subject matter.

2012 – 2017 – Predominantly shot 35mm film, owned and used close to a couple of hundred cameras and lenses. Also used a Sony NEX to explore and test vintage lenses, and find those I liked best.

Mid 2017 – present – Been shooting digital exclusively with perhaps half a dozen regular cameras, mostly compacts, plus in the last few months, with three Pentax DSLRs.

Every step along the way – and every camera and lens – has informed where I am today, what I’ve learned, and how much I’ve enjoyed and continue to enjoy photography.

But it was those film years that I feel my learning rose exponentially, and continues to hugely influence how I use digital cameras today.

Here are five major reasons why –

1. Shooting film helped find a “look” I liked and had not previously found with digital.

When I was using camera phones originally, I always shot in colour and didn’t give the output any consideration. I was oblivious to any kind of in-camera settings (I doubt my first phones had this anyway) and hadn’t even heard of post processing.

I just accepted the colour output without question, and focused instead on composition and subject.

With film though, I started to notice that different film gave a different take on the world. Slightly different colours and overall somehow more warmth and appeal. Plus of course the inherent grain in film that so many of us enjoy.

Even my first couple of rolls of 35mm colour film showed me colours and textures I’d never seen before (with my digital cameras).

I also started shooting black and white film, which opened up a whole other world, and again influences how I shoot today.

The colour cameras I enjoy most currently are my two CCD sensor Pentax models, the K100D and K-m.

Both of them give me colours straight out of camera that remind me of the kind of warm, saturated, yet natural look of my favourite film shots.

With my Nikon Coolpix, shot on Program mode, I realised that some pictures made the subject sharp and the background blurred. I knew I liked this kind of look, but not how or why it happened.

When I bought my first SLR in early 2013 – a very functional and workmanlike Praktica BMS Electronic with standard 50/1.8 lens – the viewfinder experience blew me away.

Not least of all because when I set the lens to different apertures (at this point I didn’t know the term aperture, or what those exotic numbers with their strangely coded sequence of 1.8, 2.8, 4, 5.6, 8, 11, 16 meant) the amount of the image that was in focus changed.

At the smallest number, 1.8, the background was at its most blurred.

For a while I just played with the aperture and learned from the results, but it also spurred me to read about what the numbers on the barrel meant (aperture), and how and why it was affecting the images.

I then returned to using this knowledge with my Coolpix, with Aperture Priority mode rather than full Program, and and hundreds of cameras/lenses since, being able to control the depth of field precisely to give me the balance of blur and sharpness I desired. 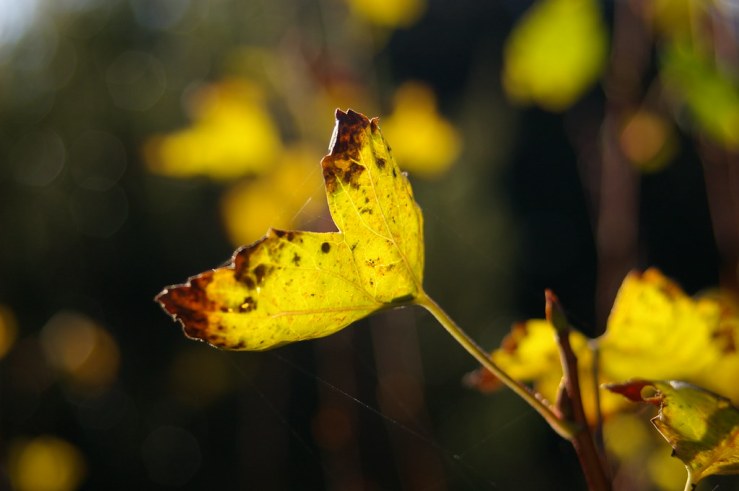 3. The benefits of interchangeable lenses.

My early phone cameras had moderate zoom lenses, but I hardly ever used them, partly because I’d read how poor they were at anything other than the default wide angle, and partly through my own experience which utterly proved this.

With my Coolpix P300, I didn’t really know what the focal length of the lens was, I just realised I could get more in the frame than with the phone cameras. The Coolpix it turns out starts at 24mm equivalent field of view, and the phones were usually between 28-35mm at their widest.

My habit of not zooming carried over into using the Coolpix, but I did wonder why sometimes I had to get so close (within a couple of centimetres of the front of the lens) sometimes, and what I saw on the screen was still further away than I thought it would be.

My first SLR (the good old Praktica) came with a standard 50/1.8 lens, and I noticed immediately that everything was much closer than when I used the Coolpix.

Perhaps more importantly, the resultant scene looked far more like it did viewed with my naked eyes, without any exaggerated lines or distortion.

Then with more research, I learned that the typical photography kit for an SLR consisted of a “normal” 50mm lens, a “wide” 35mm lens and a “telephoto” 135mm lens.

Over time I tried these other focal lengths and was shocked not only at how different the perspective was, but how much closer or further away you needed to be to get the same kind of framing.

For my first half a dozen rolls of film using a 135mm lens, I was framing, then stepping back a pace or two and trying again, with every shot, just getting used to the different view compared with 50mm.

I later took this knowledge and experience into shooting with digital mirrorless and DSLR bodies, albeit needing a second level of learning to get my head around crop factors.

I still rarely use a zoom lens (unless I’m using it as a prime lens) and I know my favoured focal lengths well enough to be able to frame and shoot without needing to step forward or back anymore.

4. A frugal approach to shooting.

I started film photography with a Holga 120N, and a five pack of Ilford HP5 Plus 400.

As it was a present, I had no idea about how much film was to buy, or have developed, or where to go for either.

I quickly learned that there are ongoing costs, unlike digital photography, which meant I was almost visually counting out my money with every click of the shutter button.

Especially as with the Holga I only had 12 frames per roll of film.

After a while, as magical as the Holga was, the processing of 120 film became tiresome, as I would have to go to a specialist lab 15 miles away then return a few days later to collect.

The cost and inconvenience of this to-ing and fro-ing, along with the price of the film and the processing itself, meant I soon started look for other ways to make photographs with the Holga.

This resulted in some DIY modifications (mostly with card, tape and rubber bands) to allow me to load the Holga with 35mm film, which was cheaper and easier to buy, and have processed.

Issues with sprocket holes and overlapping frames led me to buy my own scanner and choose exactly which parts of the film to scan myself.

But I soon realised I enjoyed being hunched over a scanner for hours a time about as much as drinking neat vinegar, so ditched that and started exploring proper 35mm film cameras, which I could get developed and scanned to a CD far more easily.

Even still, that frugality mentality had made an impression, that carried forward into shooting 35mm film, and when that eventually became too prohibitive for me to justify, it translated to digital too.

I don’t generally use massive memory cards that allow thousands of shots, and instead prefer smaller ones that give you a couple of hundred, or less.

It helps retain an approach that’s not just firing off the shutter machine gun style for the sake of it, then hoping that one of those 37 images you just made would be a good one, but instead considers every frame as if I was still paying for it on film.

5. The pleasures of using older machines.

My Holga was, I believe, one of only two new film cameras I’ve owned, and even that was a gift.

The 247 (give or take a couple of dozen) other film cameras I’ve owned were older, used machines. Which was one of the major appeals of them – using something not only from a time gone by, but many were wonderful mechanical marvels that felt amazing to hold and wind on and focus.

Using old, second hand cameras and lenses also help me remember that despite what the advertisers will try and have you believe hundreds of times each day, the latest is not always the greatest.

Aside from my Nikon Coolpix P300, the first “proper” camera I had (before my film phase), and cameras in phones, I’ve never bought a new digital camera since.

Again the lessons from shooting film on old machines made it clear that you don’t need cutting edge gear to make great photos or enjoy photography.

So began my explorations into digital classics, that no doubt you’ve read about here numerous times before.

Whilst I haven’t shot a frame of film in two and a half years, and have no great urge to, the lessons I learned during those formative years of film left a deep impression that’s greatly influenced my digital era too.

How about you? What did shooting film teach you that’s been useful for digital photography too?